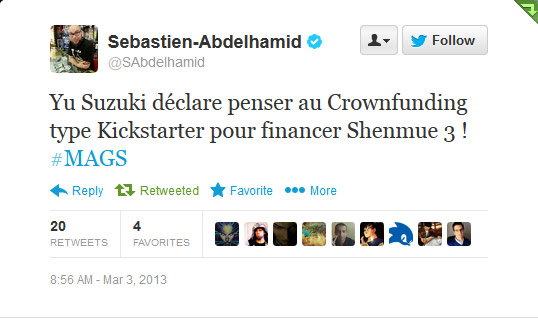 The tweet above is from Sebastien-Abdelhamid, he happens to work for a indepent French channel and is part of the Monaco Anime Game Show (which I never heard of). I obviously don’t watch French television, so my knowledge of him is basically nonexistent, but this tweet has thrown the guys over at NeoGAF in frenzy.

So if Yu Suzuki put up a Kickstarter to fund Shenmue III, would you drop some of your cash? Also what consoles would you want to see it on?