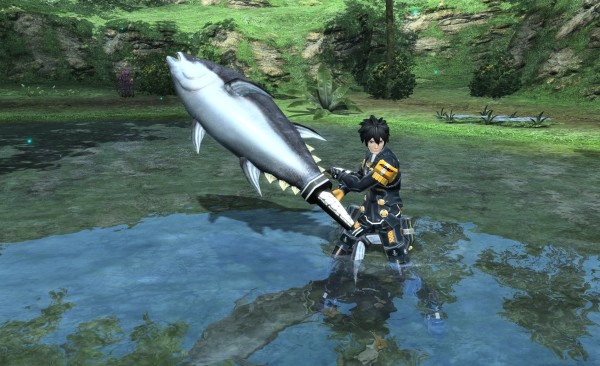 We posted last month that SEGA announced the first expansion pack to Phantasy Star Online 2, titled Code Episode 2. Satoshi Sakai stated that they will show footage during their live Nico Nico broadcast on April 9th (which happens to be my birthday, thank you Sakai!).

He also talked about a new update that is hitting the Playstation Vita later this month. This update will allow players to customize the controls in the game and chat adjustments.

So what about us Phantasy Star fans in the west? Well, SEGA’s last update was that it was delayed and didn’t give a release date…

All the Phantasy Star Online 2 information from the conference