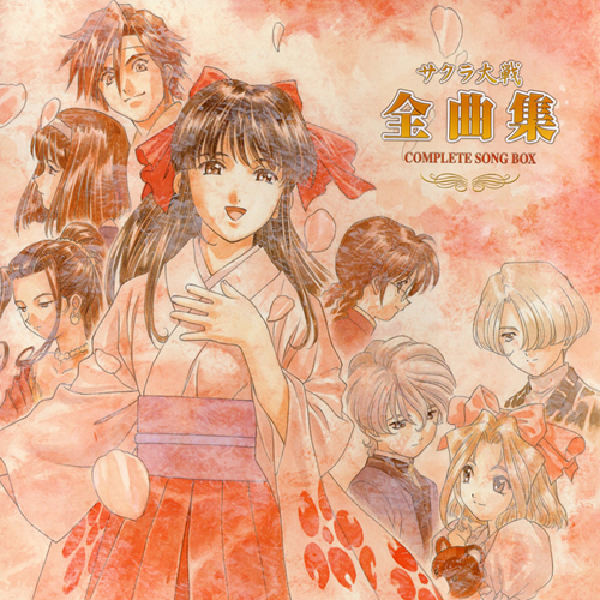 “Hello SEGABits readers! I’m Kori-Maru, admin of The Website of the Dead. Some call me one of the more “hardcore” Sega fans out there for my extensive knowledge of Sega’s games and my love for HotD. I would like to share some of my favorite SEGA tunes with you guys and my experiences with them. Let’s start out with…

Ever since I first discovered this franchise through its anime series back in 2002, I’ve wanted to play the games. Last year, I finally got that chance by buying the first four games in one set for the Sega Dreamcast. This piece of music takes place during the game’s battle mode sections. Hearing it gets you pumped for battle to protect the city of Teito (Imperial Capital) from evil demons. This is one of my favorite songs from Sakura Taisen. It reminds me of a Phantasy Star title. I have another one from the sequel but I’ll save that for a future Tuesday Tune.

Muddy by Tetsuya Kawauchi, from The House of the Dead 2

This kick ass song plays through during Chapter 2 of the game. It gave me the motivation to kill the disgusting creatures walking around the streets and rock my head with the tune. The music is filled heavy metal with haunting organ piano sounds to the mix. Fun fact: Muddy is actually a remixed version of Tragedy from the first House of the Dead game.

Kimi yo Hana yo by Kouhei Tanaka from Sakura Taisen 4

The life of a flower is short. And the days that we dream. Pass by in leaps and bounds. The English lyrics to this beautiful song to conclude Ensign Ohgami’s saga as he becomes the Commander of the Imperial Floral Assault Group. The song plays through the ending credits of Sakura Taisen 4 and displays cutscenes of the previous games similar to the latest Sonic games credits (Sonic Generations). It shows the trials of the Flower Division through their hardships and happy moments. Depending on which girl you’ve picked during the final battle, you’ll end up with her and live happily ever after. Love is the theme of this track.

Select your fighter by Takenobu Mitsuyoshi from Fighters Megamix

I remember when suddenly my dad gave me his Sega Saturn and a library of his games for my birthday. One of my favorite games was none other than AM2’s Fighters Megamix. Every time I go to the character select screen I spend a moment jamming to this tune. Not only that, you can hear Takenobu Mitsuyoshi shouting “YEAH” in the background which is so great. Fighters Megamix is one of my favorite Sega titles of all time and if a sequel or spiritual successor (All-Stars series) happens, please let this man compose music for it, SEGA!