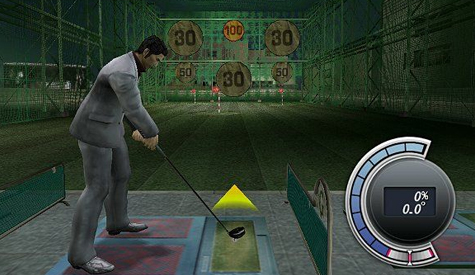 SEGA has made Yakuza series one of the biggest Playstation only series’ this generation and seems the franchise is getting a bit deeper ties with Sony. Kazuma Kiryu is set to be a paid downloadable character in Sony Computer Entertainment Japan’s latest Hot Shots Golf game.

You will be able to download the infamous, 7 foot tall gangster for a overpriced 500 yen ($5). This isn’t the first time Kazuma has golfed, since the Yakuza series has featured Golf mini-games in their past titles. Hey Sony, how about adding him in PlayStation All-Stars Battle Royale?

2 responses to “Yakuza’s Kazuma Kiryu to be a downloadable character in Hot Shots Golf: World Invitational”