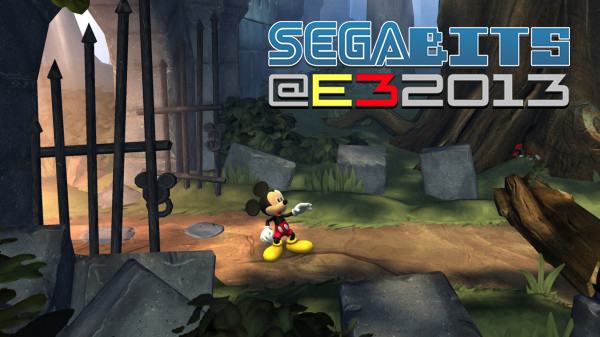 Back in late 1990 Sega wowed players with a great platformer starring Mickey Mouse known as “Castle of Illusion”. It had great graphics, sound, and challenge for its time. To this day, it’s the game Mickey’s most well-known for. 23 years later, Castle of Illusion is back again thanks to Emiko Yamamoto and Sega Studios Australia. It features graphics that give it the look of a $60 game, while still being the simple but challenging platformer we’ve grown to love.

The demo starts off similarly to Super Mario 64, in which you are inside the Castle in a 3-D space and three doors appear in front of you. Only the door for the second level (Toy level) was open so, off I go! The layout is almost identical, with the pink boxes to climb, the tin soldiers, and the jack in the box head stop stomp on. It’s all there but with an all-new, glorious coat of HD paint. Screenshots don’t really do it much justice until you see it in action. The fact that it’s a mere $15 download title seems a steal. 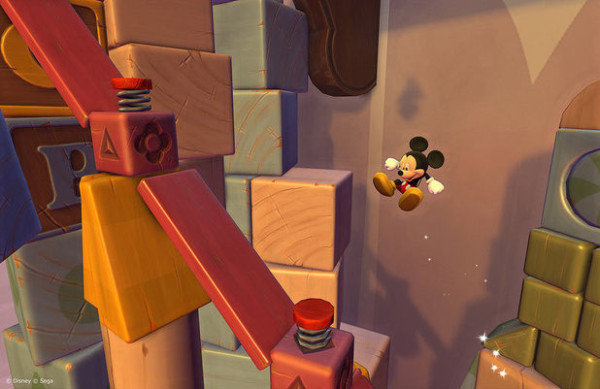 The game mechanics not only play the same, they FEEL the same. They have a stiffness to them, but are very precise. While I was a bit clumsy at first, near the end I was teetering on the highest and trickiest platforms to climb. One new area not featured in the original was a bonus level found in a magic hat. From there, the game goes full 3D and Mickey has to jump on magic cards that appear, then quickly fall away. It was incredibly challenging, but the game did not punish you for failure. If you fall, you merely go back out of the hat and back into the level where you can try again. It reminded me of those tough bonus levels in Super Mario Sunshine. The music itself is also a remake of the original compositions and sounds fantastic.

All in all, Castle of Illusion got me more excited for its release than DuckTales which, lemme tell you, is a huge feat. It’s one of the best remakes I’ve gotten to sample. All new modern HD graphics while staying very true to form with the originals mechanics and design. I can’t wait.

Castle of Illusion will be out later this summer.