SEGA has been teasing Project 575 for a month and now they finally tell us what the whole fuzz is about. SEGA said Project 575 will be two things, one a app for iOS called Song Composer 575. Like the name suggest the app will allow you to synthesize your voice to sound very Vocaloid-ish. When it launches, you will be able to convert your voice  to sound like either of the two main characters, Azuki Masoka or Matcha Kobayashi. The point? Create vocaloid inspired music.

SEGA will promote the app by giving it to already to popular Vocaloid composers. The app also lets you watch both of the girls dance, allowing you to dress them up and take creepy augmented reality photos of them. The app is set to release on July 26th on iOS in Japan. If you pre-register for the game, they will give users a free waitress costume (oh boy!).

As for the Playstation Vita game…

While the iOS app is being called Song Composer 575, the Playstation Vita game will be called Song Builder 575 and will be a rhythm/puzzle game. The point of the game will be to ‘read lyrics’ of the song as it plays and pick syllables that fill in the blanks. Since SEGA built that Vocaloid engine, the girls will sing whatever syllables the player chooses, essentially allowing a player to customize the lyrics in the game.

Song Builder 575 is set to be released sometime in 2014 and all the ‘highest rated’ content from Song Composer 575 app will make its way to the full Song Builder 575 Playstation Vita game.

If you see below, SEGA already has plans for merchandise. Stuff talked about are manga, t-shirts, iPhone cases, and much more.

As said, the two main characters are two young girls: One is Azuki a energetic girl that acts without thinking and Matcha a reserved, calm girl that is arrogant and loves to draw fan comics. The characters are created by Hiro Kanzaki, the dude that designed the characters for the anime/novel series: My Little Sister Can’t Be This Cute (which is very creepy series…). Azuki is being voiced by Yuka Otsubo and Matcha is being voiced by Ayaka Ohashi. 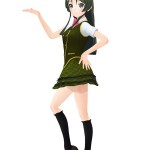 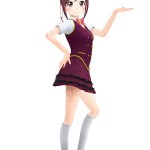 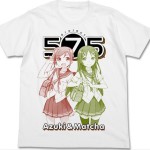 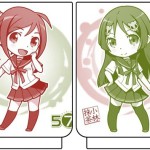 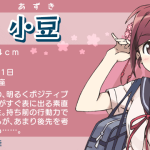 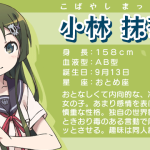 So what are your thoughts on SEGA Japan’s latest output? A new Project Diva f the 2nd, this and Hero Bank?