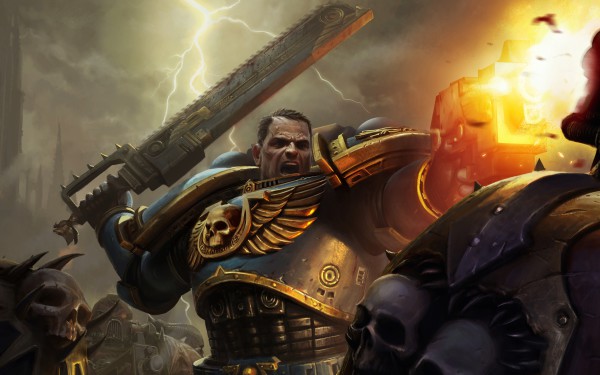 “Better crippled in body than corrupt in mind.”

Relic Entertainment, one of the newest studios that SEGA bought from the now defunct THQ says that their Warhammer 40,000: Space Marine game was meant to be a trilogy but THQ going bankrupt stopped those plans.

“I had some big plans for Titus. The second part of his story was to focus on a ‘Titus Unleashed’ plot–basically there were forces arrayed against him that would see his loyalty to the Adeptus Astartes pushed to its limit, and his reaction would be to kind of ‘go rogue,’ and we’d see a different Titus, not quite as in control as we saw him in Space Marine. He would be kicked out as a consequence–exiled, which would basically be a death sentence for him.” – Raphael van Lierop, director

If you haven’t played Warhammer 40,000: Space Marine, you should give it a go. It has a lengthy single player campaign that gets a bit repetitive but the world just oozes charm and really captures the Warhammer universe. To read what what Raphael van Lierop had in mind for the sequels, check out the PA report. Would you want SEGA to continue the trilogy?

One response to “Relic’s Warhammer 40K: Space Marine was meant to be a trilogy”