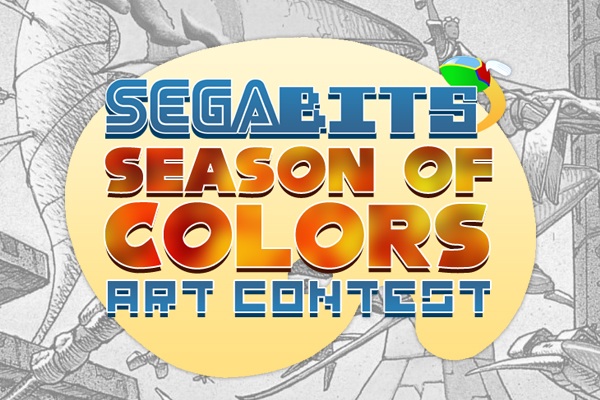 How would you like to win some fabulous SEGA merchandise, much of which will never be released to the public? I am happy to announce that now you can, and all you have to do is participate in a little art contest to express your SEGA love. If you think you can draw, shoot a good video, or even if you just fancy yourself a good writer, all you have to do is create a piece of SEGA art and send it into segabitscontest at gmail dot com. From there we will pick our favorite piece of art! Of course, since art is subjective, we will also have five runner up prizes.

The grand prize will consist of:

We will also be offering five runner up prizes consisting of all the pins listed above. The contest will be ending November 26th. Unlike Summer of Art, don’t count on any extensions.

You can find some more information about this contest (as well as what happened to the Summer of Art contest) below.

Unfortunately, the Summer of Art contest only received two entries. As a result, I decided to relaunch the contest. The two entries are still eligible for the prize, and depending on the number and quality of the entries, will still probably win something. I would encourage anyone with any interest in SEGA to enter, as there is a pretty good chance that you will win something, and the pins we are giving away are not that easy to get cheaply! This may be your easiest chance to win one of these pins sets, as after this we won’t have many left!

We’re open to pretty much anything in regards to the art contest, given the subjectivity of art. Where looking for stuff that is well done, creative, and most importantly shows a love for SEGA! So give this your best shot! We’ll be posting the best entries on the website throughout the next month.

Announcing an update for the SEGAbits Summer of Art Contest!

9 responses to “Announcing the SEGAbits Season of Colors art contest!”