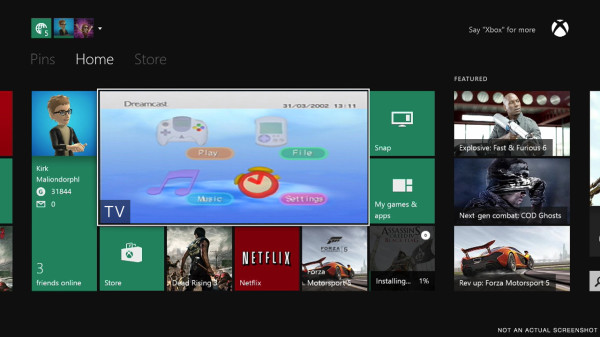 Despite it being a big week for video games, with both Sony and Microsoft releasing new consoles, very little has applied to SEGA fans. Aside from Xbox One’s Crimson Dragon, there are no actual SEGA games releasing on either console at launch. However, thanks to GameSpot editor Peter Brown, who we’ve been chatting with on Twitter, we may have an answer for whether or not you can play a Dreamcast through the Xbox One. After we tweeted “Awaiting the first video of a Dreamcast with VGA out going through an HDMI converter box, and into the HDMI in port of an Xbox One”, Peter replied, “I tried passing a composite signal into a HDMI conv box, and it won’t work. Following up with Microsoft re: HDMI passthrough reqs”. So it looks like the Genesis, Saturn, or any other composite signal console running through an HDMI converter is a no go. Peter then tried running a VGA signal through an HDMI converter and…. 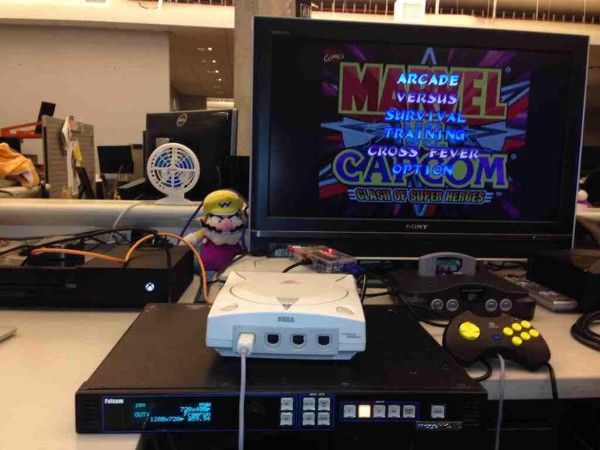 Success! Okay, so Peter didn’t have a VGA to HDMI converter handy, instead he went from Dreamcast VGA to a Folsom imagePRO HD to SDI to Black Magic SDI to an HDMI Converter to Xbox One. As Peter says, this is “not your everyday setup”, however it did work. So in theory, a VGA to HDMI converter should work. Less steps might also improve the lag Peter experienced.

Interesting to note, back during the days of the original Xbox, SEGA and Microsoft were in talks to potentially allow the Xbox to play Dreamcast games. This plan obviously never came to fruition, as SEGA wanted the Dreamcast to allow for internet capabilities and online features, but Microsoft only wanted Xbox games to have internet capability. Well now here we are three generations later and you can finally combine an Xbox and a Dreamcast.

Volgarr the Viking gets a Dreamcast port
Dreamcast Gamespot Xbox One

One response to “Can you play a SEGA Dreamcast through the Xbox One’s HDMI in?”