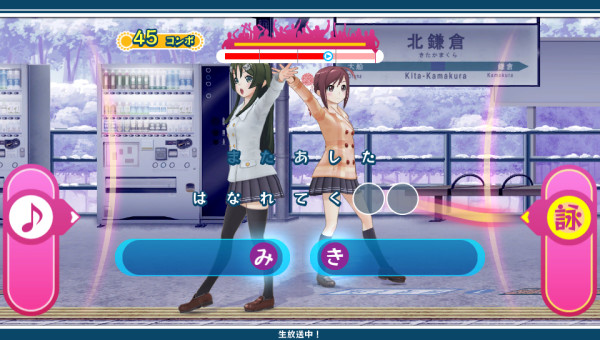 SEGA’s latest dance rhythm title Utakumi 575 has entered the Japanese chart at 13th selling 9,701 units, managing to sell between 40% – 60% of the initial shipment sent to retailers (Roughly between 16,168 – 24,252) Considering the push SEGA is giving the title (Complete with an animated series that has been airing from January 8th this year) it is no doubt selling well below SEGA’s expectations. SEGA would be hoping that they could enjoy stronger sales in the coming month from their software. With Project Diva f 2nd, Ryu Ga Gotoku Ishin and Phantasy Star Online 2 Episode 2 on the horizon, SEGA should hopefully make up for the failure of their latest stab at the dance rhythm genre.