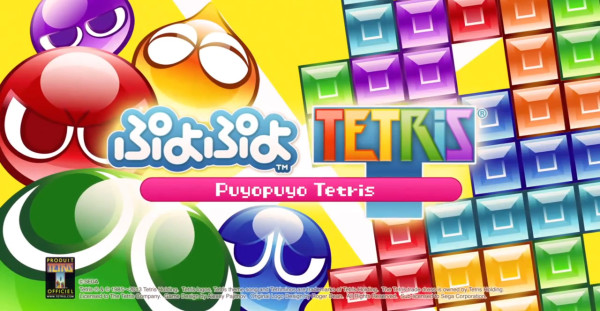 [Note: Famitsu had the Wii U version sell 5,500 units, however the chart tracker SEGAbits uses, MediaCreate, only goes upto the top 20]

In total Puyo Puyo Tetris shifted almost 70,000 units between all SKUs, whilst this number might not seem like a lot, the 3DS version happens to be the third best selling first week the series (Bested only by Puyo 7 with 51,374 and
Puyo Puyo! 15th Anniversary with 48,849 both on the Nintendo DS) has ever had. It should be noted that the Puyo series is noted for it’s longevity in sales, whilst they may have modest openings, most Puyo games eventually end up selling over 300,000 units. Below are the lifetime sales of the last three Puyo Puyo across all platforms;

It should be noted that even the 15th Anniversary title is selling to this day. I fully expect Puyo Puyo Tetris to be no different thanks to the combination of the Tetris license and Puyo enjoying a long tail in sales. However meeting the targets is another matter entirely, following a leak via Sinobi, SEGA’s expectations are as followed for each SKU;

I can easily see Puyo Tetris meeting the target set by SEGA on 3DS but the Playstation 3 version seems far too high. Both the Playstation Vita and Wii U targets seems to be modest targets with the Vita version hitting 30% of its target whilst the Wii U version is at the 25% of the target already. So whilst I’ll imagine they will find the Playstation 3 version underperform, all other versions are set to meet their set targets and should ensure SEGA manages to meet the 400,000 sales target they have set on the title.