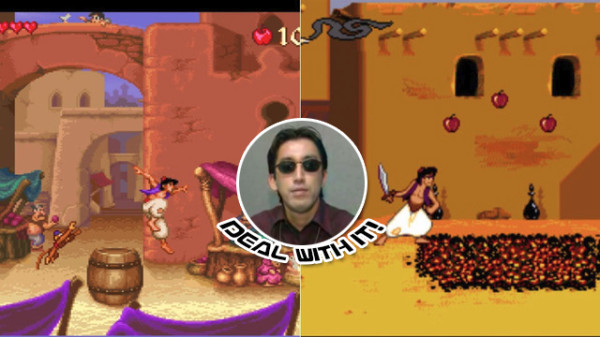 When I was a kid there was much debate between my friends on which version of Aladdin was better, the SEGA Genesis/Mega Drive version by SEGA or the SNES version by Capcom. Its hard to pick, considering I was gifted the SNES one as a child while my cousin got it on the SEGA Genesis. I have played it growing up on both consoles and I will state that the SEGA Genesis version is superior. What about Shinji Mikami  (Resident Evil, Vanquish), he worked on the game, does he agree? I guess so.

So, what about you SEGA gamers? Which one is your favorite version of Aladdin?

7 responses to “Shinji Mikami agrees: Aladdin on the Genesis is better than SNES”