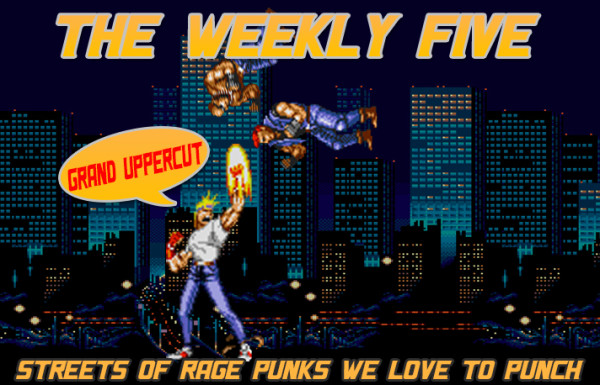 Let’s get right into it, the first pixel munching sprite we’d punch really hard is… 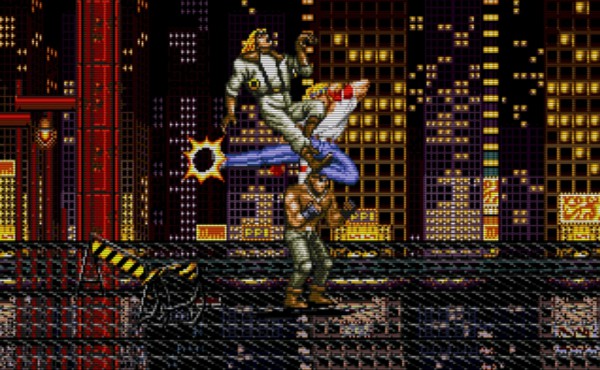 Let’s start off the list with someone that I truly want to punch just because they remind me of Jim Carey. The first to grace this list is Jet which made his first appearance at the end of the second stage in Streets of Rage 2. This dude moves around on a jet pack, grabs unsuspected players up in the air and slams them in the ground. Serious business.

I like and hate this character at the same time. On one hand he looks like Jim Carey with Fabio type wig on. But on the other hand, this dude body slams people from 20 feet in the air and has a small army of Vin Diesels. 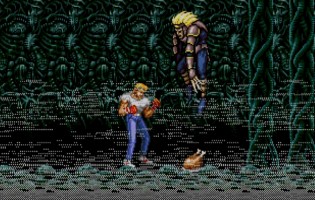 This creepy looking son of a pixel started life as a punk in the first Streets of Rage, in the first game they called him Souther and he looked a bit like Freddy Krueger before he was burnt up, later in the sequel, he got armor and was known as Zamza. 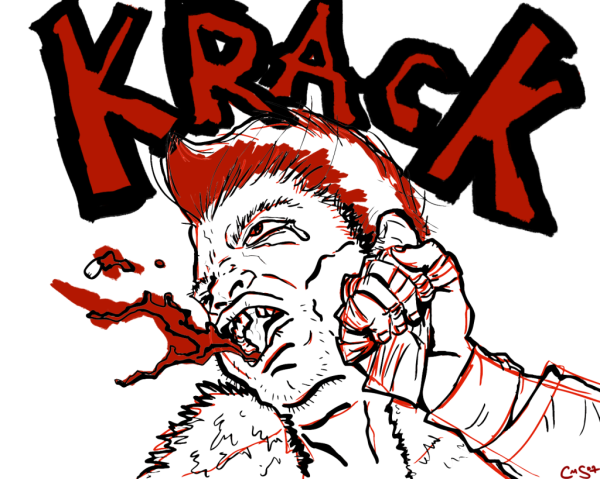 Galsia here isn’t the most advance punk in Streets of Rage franchise. Shoot, he is always one of the first ‘common’ thugs you meet. He isn’t really anything special. But for some reason, right when the dude gets a knife, that is when I really want to punch him.

Why? Just so bizarre that this thug   would hold out a knife in front of him and then slowly walk towards you  and trying to ‘bump you’ with the knife. Stop being so damn lazy and use your arm strength to stab me, thank you! Early in the early variations of the SEGAbits website we had a gif on the bottom of the page with Galsia running with his knife, just to show you that we where real SEGA fans.

Bruce and Roo need to added as a pair due to their weird bondage nature. Basically Bruce is a jester looking leather clown with a whip that has a Kangaroo named ‘Roo’ attack you. If you defeat Bruce and let Roo escape, you can select him as a playable character.

Do I hate Roo? No, I do hate Bruce only because this weird sex clown held up this poor kangaroo and did god knows what with him. That stuff doesn’t fly man! Though its obvious that Streets of Rage 3 had way more sexuality compared to the last couple of games, its never OK to let the bondage clown abuse a kangaroo. Everyone knows that! 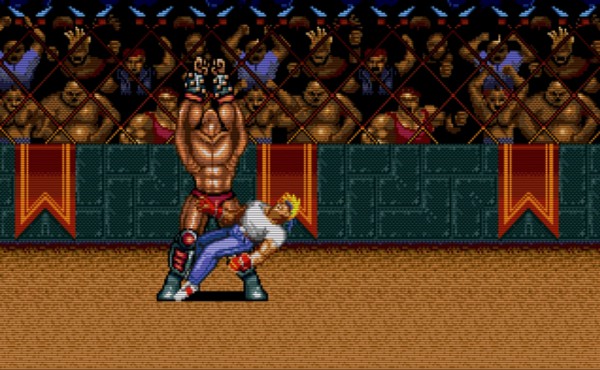 This freaking pro-wrestling, short panties wearing bastard used to piss me off so much as a kid. Sure, I can get past him in the game with no issues now, but when I was a kid? This dude used to cause me an immense amount of stress and frustration. This butt grabber here would have the ability to break out of holds or stop your combos.

It didn’t help me that the dude looked like Ultimate Warrior, who I use to hate. Go Hulkamania! Hey, I was a kid, tell me how many kids didn’t love the Hulkster and I’ll show you a liar!

So which Streets of Rage punk did you enjoy punching the most? Let us know in the comments!

Thanks to SOR Online for their information regarding the franchise!

3 responses to “The SEGA Five: Streets of Rage punks we love to punch”