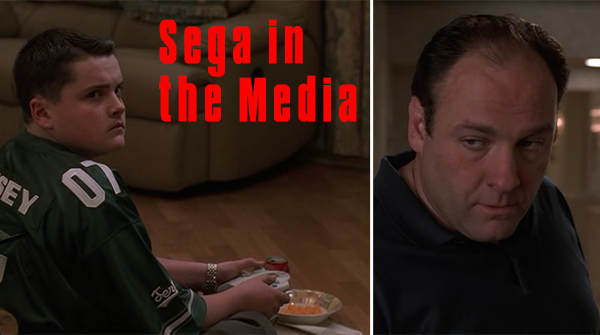 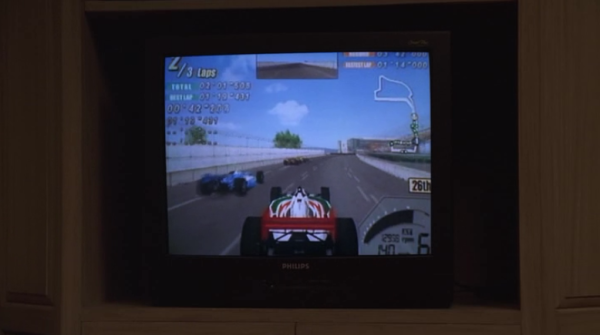 In season 2’s 10th episode entitled “Bust Out”, Tony is (as usual) under a great deal of pressure. There’s the potential of murder charges hanging over his head and his wife Carmela is considering cheating on him, in an effort to make up for the many times Tony has been unfaithful to her. Anthony Junior, meanwhile, escapes reality for a bit by playing some Flag to Flag on the SEGA Dreamcast. Anthony isn’t the best player, as he is placing 26th in his second lap and has difficulty staying on the road, but it’s great that the episode’s director was nice enough to give the game some screen time. 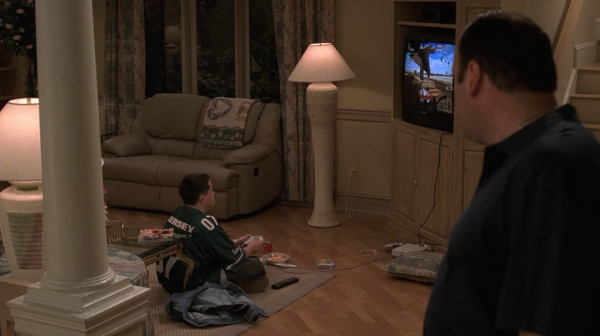 Playtime is sadly cut short as Tony enters the room, angrily asking his son “Don’t you got school tomorrow!?”. Anthony Junior begrudgingly replies “So?”, to which Tony replies “So it’s late, go to bed.” Despite one final angry look from his son, Tony doesn’t relent and delivers a “Did you hear me?”. Anthony Junior, depressed that he can’t finish his race, turns off the TV set.

In terms of on screen accuracy, The Sopranos does a pretty good job. All the cables are coming out of the back of the console, with the game actually being played during the scene. The Flag to Flag jewel case is open and sitting between Anthony Junior and the TV, while another unidentified game sits next to the console. It looks like the cast and crew wanted in on the fun, as there are another two controllers plugged in. It could just be a bit of set dressing, but given the Dreamcast was the hot new console at the time, I’d like to think that during their breaks, actors and behind the scenes staff would play some multiplayer games. 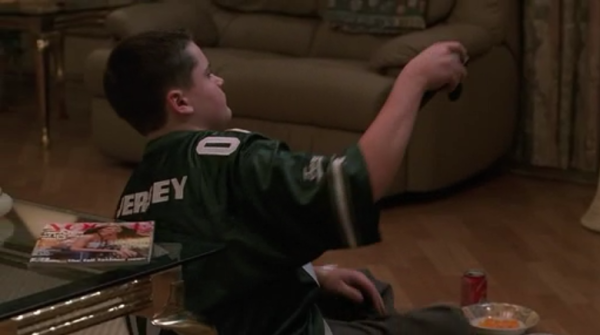 Even Anthony Junior’s play style is spot on. No overacting with his hands, he’s just sitting there with his thumbs doing all the work. He’s not even feigning “oh my god I’m playing a video game” excitement. The one goof I noticed was at the end of the scene when he turns off the TV. No effort is made to shut off the console itself, only the TV set is turned off, presumably leaving the console on all night. Or, perhaps, this is Anthony Junior’s sneaky method of “turning off” the game only to return to it later once his folks go to bed. Hey, like father like son!

3 responses to “SEGA in the Media: Tony Soprano wants you to turn off the SEGA Dreamcast”