UPDATE: Some new game play footage has been released with an interview with Stephen Frost. I’ve included the video above.

SEGA has just confirmed via their blog that both versions of Sonic Boom will be available to play at E3 this year. Both games will effectively be their own individual titles, with their own completely unique game play style and mechanics.

The Wii U version has been subtitled Rise of Lyric. It’s a 3D action title that will focus on battle and exploration as Sonic and his friends work to stop a new villain, an ancient robotic snake creature called Lyric from awakening his robotic army and destroying the world. According to the press release, “an extremely tech-savvy mastermind who uses a sophisticated robotic body of armor to carry out his own nefarious deeds, he is a formidable enemy and a force to be reckoned with.” Rise of Lyric will feature new moves for Sonic and his friends, including something called an “enerbeam”, which some may remember from the Sonic Boom TV show teaser released back in February. Using the enerbeam, players can zip-line around levels, move heavy objects, disarm enemies, and throw them around.

The 3DS version has been called Shattered Crystal. We’ve got details of that game, as well as images of Lyric and both games below the fold!

Shattered Crystal is a side scrolling adventure that will focus on puzzles and platforming. The storyline is somewhat smaller in scope, as Sonic and his friends must work together to rescue Amy Rose from Lyric. Joining Sonic this time around will be Sonic Boom’s own original character, Not-Marine Sticks the Badger.

Both games will be able to link up to one another over Wi-Fi. Collectibles found in the 3DS version will be used to unlock special content, so there is some incentive to get both games. Both Sonic Boom games have been confirmed for November 2014.  SEGAbits will be working with Sonic Stadium to bring you all the latest Sonic Boom coverage from E3 next week, including hands-on previews and interviews. Stay tuned! 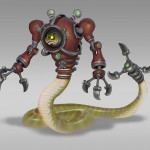 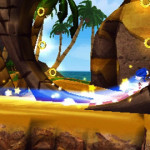 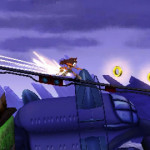 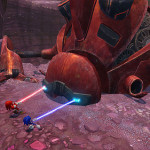 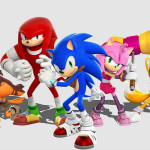 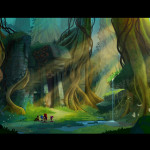