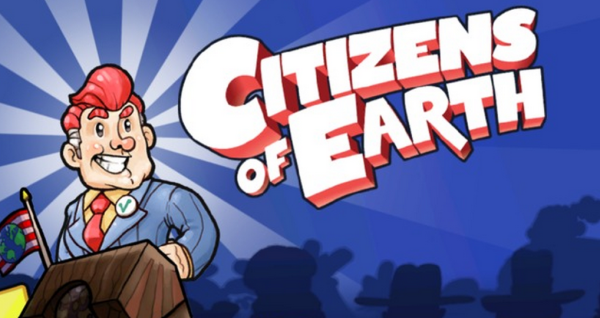 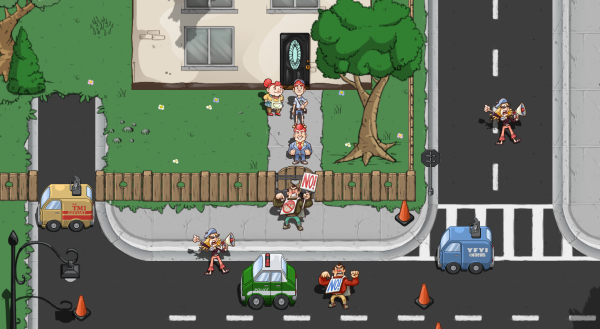 In Citizens of Earth, players take the role of the Vice President of the World, a mother-loving man child whose main skill is getting everyone around him to do the hard work for him. As a spineless, pompous ass who still needs his mother to wake him in the morning, the Vice President is a perfect fit for his job description (though I am in no way implying that all vice presidents are ass holes…except maybe Spiro Agnew and Dick Cheney), since real life VPs don’t have much to do outside of looking pretty and not saying anything stupid. The entire concept of the game is centered around the idea of completing various sidequests to build an army of common citizens, each with their own unique attacks and effects. This plot flies in the face of genre conventions, which typically focus on a small group of young (and very proactive) adventurers. Here, the character does little more than inspire or convince others to essentially save the world for him. 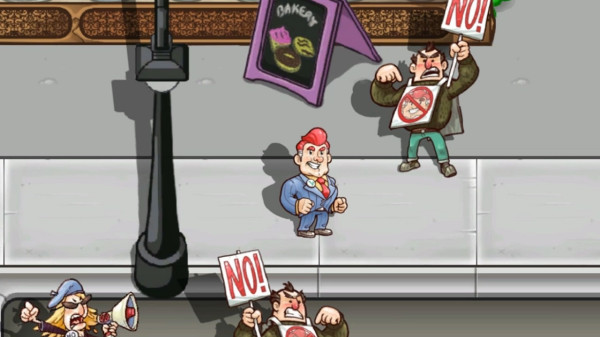 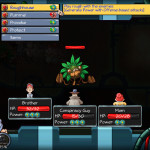 The demo is almost as funny as it looks, too. Though it doesn’t have many “laugh out loud” moments, it is filled with charm that is cute and sanitized on the surface, but is underlined by a pervasive cynicism throughout much of the dialogue. The demo’s opening cutscene has an extremely wholesome 1950s vibe to it. The Vice President and his mother both speak like they came right out of Leave it to Beaver, with the kind of cutesy dialogue you would expect from the era. This doesn’t keep up for long though. As the VP enters the real world he encounters regular citizens who are more down to earth, cynical, or downright crazy. The VP’s own wholesome disposition masks a cowardly and elitist persona, which only occasionally reared its head in the demo’s dialogue. Overall, the story of Citizens of Earth shows promise and I look forward to seeing the whole game play out when it’s released.

“In Citizens of Earth, players take the role of the Vice President of the World, a mother-loving man child whose main skill is getting everyone around him to do the hard work for him.”

The game play draws heavy inspiration from retro RPGs like Phantasy Star and EarthBound, so anyone who is a fan of 16-bit RPGs should be right at home here. The game takes place in a 2D overhead overworld, with various visible enemies and a few friendly (and recruitable) NPCs populating it. Aside from it drawing a lot of inspiration from the aforementioned games, I can’t really say much else about the battle system going by the demo, as a lot of moves and potential strategies seemed to hinge on a larger party size that I just didn’t have access to yet. The battle system itself seems fairly simple: each recruit has four different moves, which can either be attacks, character buffs, or enemy debuffs. Every character has a power meter, made up of anywhere between three or four power points (I am unsure of the actual terminology, so I’m pulling my own out of my ass), which are spent every round on these moves. Every round restores a one or two power symbols (depending on the character), which are enough for some weak attacks, but not for the really strong, enemy crushing attacks. The battle system is all about managing these power points and co-ordinating between the different characters and their various unique attacks to deliver decisive and punishing attacks to enemies. 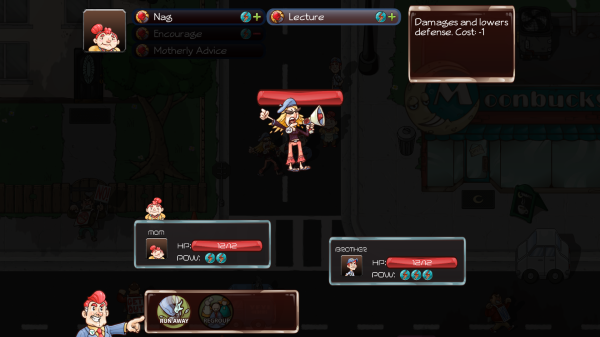 Being inspired by 16-bit RPGs, the animations for the battles are extremely simple, and most of the action I describe here are actually described via text in the game rather than shown. The VP’s mother can nag her enemies into submission and also has a lot of helpful support abilities (as any mother in an RPG should), his common man brother can tackle people to the ground, and the conspiracy theorist can spout wild accusations. The enemies are, for the most part, equally absurd. Most of the enemies are protesters gathered in the VP’s hometown by the man he defeated the election, though there are also a few weird plant like enemies to kill, which seem to hint at a larger plot. Enemies and recruits alike all have their own quirky little personalities, though the VP himself was the standout of the demo.

Citizens of Earth is a conventional old school RPG with a very unconventional premise. I had a good time with it and it certainly tickles my political funny bone ever so slightly without saying anything potentially offensive. Though the demo didn’t leave me laughing, it left me smiling thanks to its charming script and visuals. The battle system was fun and certainly seems to allow for some strategy. Though I can’t say for certain whether or not it will be a great game (it’s virtually impossible to capture the experience of any RPG in a fifteen minute demo after all) it certainly is a fun one that’s on my radar now. I hope it’s on yours too! 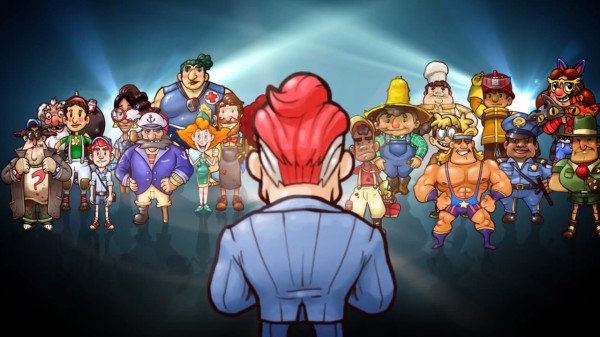