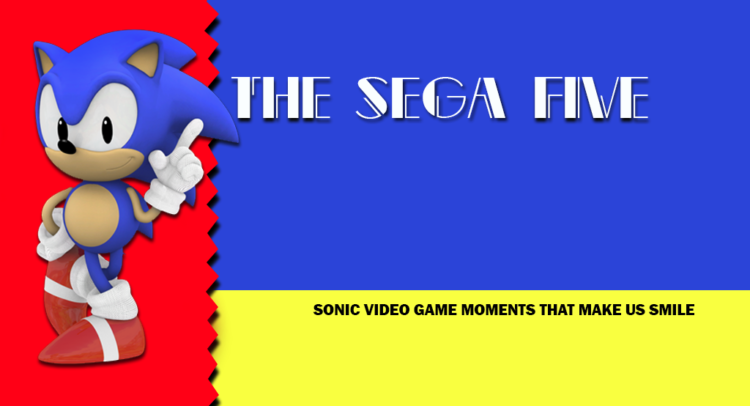 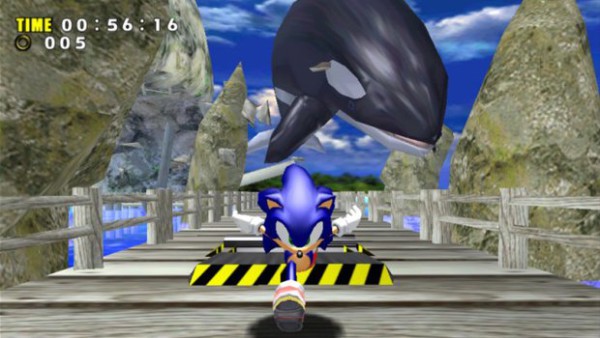 Sonic Team took a short break from making Sonic the Hedgehog titles during the SEGA Saturn era, so Sonic Adventure being a Dreamcast launch title was a huge deal. SEGA knew how big of a deal Sonic the Hedgehog was to their consoles and one of the most popular pre-launch demos had to be Sonic Adventure‘s Emerald Coast. This demo really blew my mind and at the time I couldn’t believe how great the graphics where. Even though I was a huge SEGA Saturn fan at the time, this demo sealed the deal for me about the Dreamcast being the successor.

If you ask anyone that played Sonic Adventure, I think everyone’s first memory of the game would be Sonic hitting the speed boosting barely escaping a killer whale that destroys the bridge behind him. These types of huge action sequences are a dime a dozen now with games like Uncharted and the new Tomb Raider, but not so common in the late 90’s. This scene really made me think that Sonic was really coming to 3D and it was going to be crazy. I mean, it already had him barely escaping a killer whale and that was only the demo! 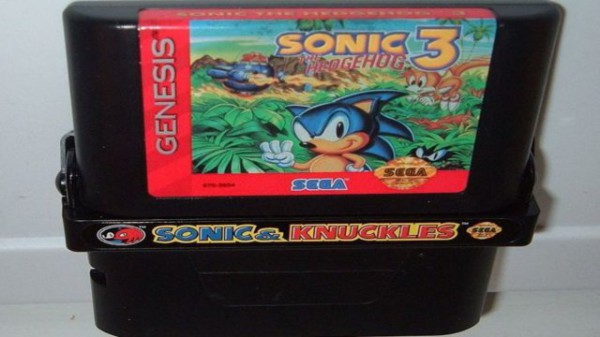 It was pretty amazing that SEGA was able to allow this, in my very little years of gaming back then I never seen a company do something like this. It was so innovative, it was why I fell in love with SEGA. It was just a really nice bonus added to the already amazing Sonic & Knuckles. 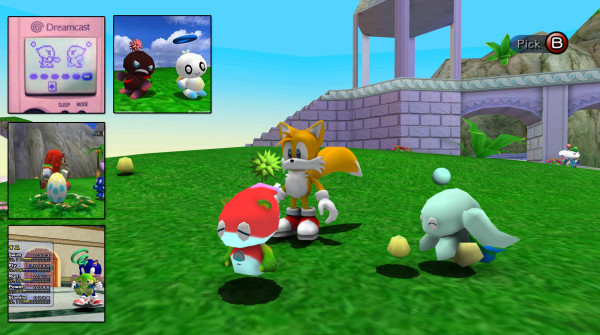 This is one of those modes that you either loved or hated: The Chao Gardens from the Sonic Adventure series. We here at SEGAbits obviously have nostalgic feelings about the Chao Gardens, so much so ‘Chao Adventure’ made it to our Weekly Five:  Best VMU games list. The Chao Garden was introduced as a new game mode with the launch of Sonic Adventure, the game would give you the ability to raise a Chao in a Garden. You could compete your Chao into races, fighting and other activities.

One of the coolest features about the Adventure series of Chao Gardens is that you could take the game on the road via your VMU with the VMU game called ‘Chao Adventure‘. This really sold me on the idea that the VMU was useful on the go.. The feature would later be improved in Sonic Adventure 2 by adding the ability of changing the Chao’s look based on the animals used. The Chaos have made appearances outside of the Sonic Adventure series. Sonic Advance series has a similar concept with Tiny Chao Garden and Sonic Chronicles featured a ‘Chao Garden’ (which wasn’t like the Adventure series). 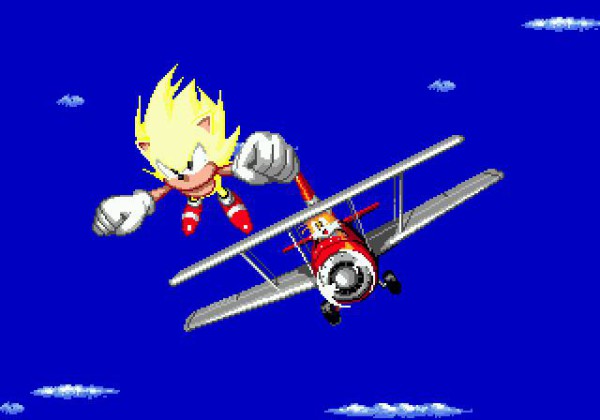 This is a very personal one to me, especially considering that I used to be a big Dragon Ball fan growing up, even before the show picked up in popularity in America. Did Super Sonic copy Akira Toriyama’s Super Saiyan? Since Dragon Ball debuted its Super Saiyan transformation in August of 1991 and Sonic 2 (the first game Super Sonic appeared in) came out in 1992, I assume they did.

I always found it cool that Sonic wasn’t like Mario, his power ups didn’t include the ability to waggle his tale to slow down his jumps. His power up was that he transformed into one of the most badass hedgehog ever. The look, the power and all reflected what a Super Saiyan was all about in the Dragon Ball Universe.

Its hard to believe that it has been 23 years since the first Sonic the Hedgehog title screen graced gamers across the globe. It was 23 years ago that kids first stared into the mischievous face of the iconic blue hedgehog. The Sonic the Hedgehog trilogy will be one of those series that stand the test of time and will be known as one of the classics in early gaming. This trilogy of games is to video games the equivalent of what Star Wars trilogy or the Lord of the Rings trilogy is to film.

Sonic Team really showed you what SEGA games where all about with their early titles. It was beautiful, bold and full of blue skies. 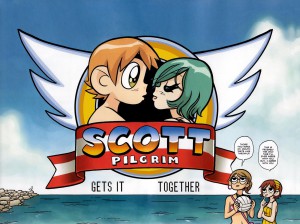 [Above is one of the many video game homages in Scott Pilgrim vs the World: The Sonic title screen]

2 responses to “The SEGA Five: Sonic Video Game Moments that Made Us Smile”