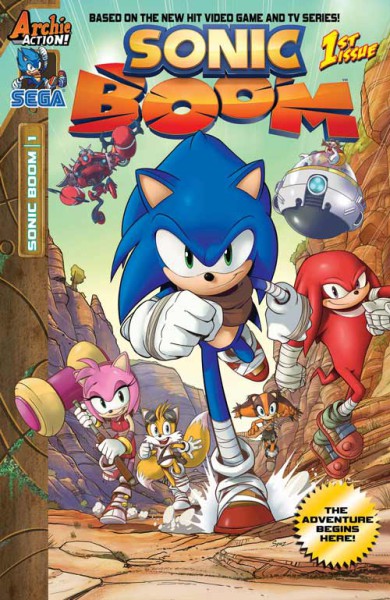 Here comes the BOOM! Get in on the ground floor with the ALL-NEW ONGOING SONIC COMIC BOOK SERIES from Archie Comics based on the new hit TV series and video game: Sonic Boom! This ground-breaking new chapter in the Sonic the Hedgehog franchise puts a new “spin” on all your favorite heroes and villains plus new faces and hilarious new stories chock-full of action and it’s all brought to you by the folks that bring the hit series Sonic the Hedgehog and Sonic Universe to you each and every month! Subscribe today and own a piece of Sonic comic history!