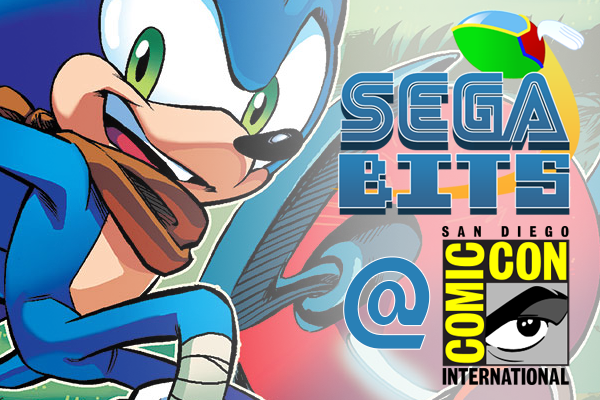 Another convention is on the horizon, and once again SEGAbits leaves no fan left behind as we’re set to invade San Diego Comic Con

SEGAbits writers nuckles87 and Shigs will be providing coverage from the event, attending panels and checking out SEGA’s video game offerings. On the panel side of things, we will be attending the Archie Comics panel for the new Sonic Boom comic book series as well as Blake J. Harris’s Console Wars panel featuring Tom Kalinske (Sega of America), Al Nilsen (Sega of America), Bill White (Nintendo of America), and Perrin Kaplan (Nintendo of America), as well as Julian Rosenberg, producer of the upcoming Console Wars documentary. If we’re lucky we might even get some one-on-one time with Blake, Tom, and Al!

Meanwhile, SEGA’s blog has detailed what SEGA games we can expect to see at Comic Con. Making its public demo debut will be Alien: Isolation, Sonic Boom: Rise of Lyric and Sonic Boom: Shattered Crystal. A demo of Alien: Isolation can be found at the FUTURE US booth #241, in which visitors can play inside a giant Alien egg pod. Meanwhile, just outside the convention center, SEGA will be teaming with NERD HQ to give fans a place to experience SEGA’s 2014 offerings. From SEGA’s blog post:

SEGA will invade Nerd HQ from July 24-27 at Petco Park, just steps away from the Convention Center. Presented by The Nerd Machine, this popular fan-focused event provides guests an additional destination to interact with brand-new titles as well as hands-on opportunities with never-before-seen games. Nerd HQ will be the official home for SEGA throughout the show, spotlighting its games and hosting panels discussing the new titles.