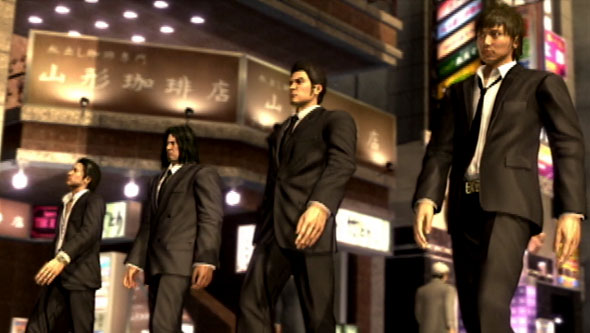 A couple of weeks ago SEGA forum member king_ruckus came up with the idea of the “Day of the Dragon” – a fan initiative that asks people to send letters to SEGA offices (to be received on the 8th) expressing their desire to see the franchise brought back to life in the West. It’s been a year and a half since Yakuza 5 was released in Japan, and there is no word on localization for Yakuza: Ishin, either. With the next Yakuza title already in development, fans are understandably worried. Keeping this in mind, king_ruckus looked up the mailing addresses for the London, Tokyo, and San Francisco offices so fans can send the letters to the offices of their choosing.

Keep in mind that while the Day of the Dragon is technically set to be August 8 (next Friday,) the spirit of king_ruckus’s idea is such that the letters arrive during the week of August 8. This allows not only for the variation in personal schedules, but for the sending of letters from different parts of the world to the desired SEGA offices. Please consider sending mail to SEGA! Also, get #DayOftheDragon or #BringYakuzaWest trending if you’ve got Twitter, and check out this Facebook page if you’ve got Facebook! To check out the addresses for the three above-specified SEGA offices, hit the break!

Kudos to king_ruckus for the idea and address information.

3 responses to “Yakuza Fans: The Day of the Dragon is August 8!”