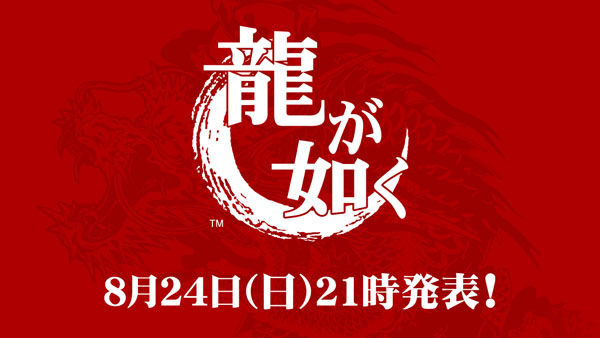 The teaser website for the next Yakuza title has just launched. It features text that steadily appears and fills up the screen, culminating with the image shown above. Gematsu reports that we can expect a formal reveal via niconico on the 24th of August at 9 P.M. Japan time. Details are scant on the game itself, but we do know that the game is in development for both the PS3 and PS4, and that it will not be a spinoff title.

The Yakuza franchise keeps moving forward in Japan, but outside of Japan the rest of the world still lags with Ishin and 5 not being localized. Please consider learning about and supporting the Day of the Dragon (August 8th) to show your support for bringing Yakuza games outside of Japan!

Credit to Gematsu for the teaser website image capture.