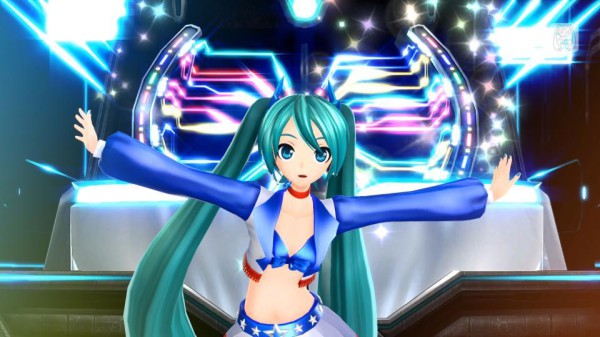 It looks like Miku will be joining Sonic Boom when it comes to SEGA games that will be released in November. With Gamescom coming up, SEGA has just announced that Hatsune Miku: Project Diva F 2nd will be releasing on November 18th in the US and on the 21st in the rest of the world.

Besides that, if you pre-order at select retailers you can get extra costumes. At select retailers around the world you can get an America-themed Miku module with red, white and blue colors. Meanwhile at Gamestop you’ll also get an extra character pack featuring Akita Neru, Yowane Haku and Kasane Teto. Finally, if you don’t like Gamestop and/or pre-order bonuses in general, you’ll also be able to get these characters for free if you own Project Diva F and the Extra Character Pack DLC.