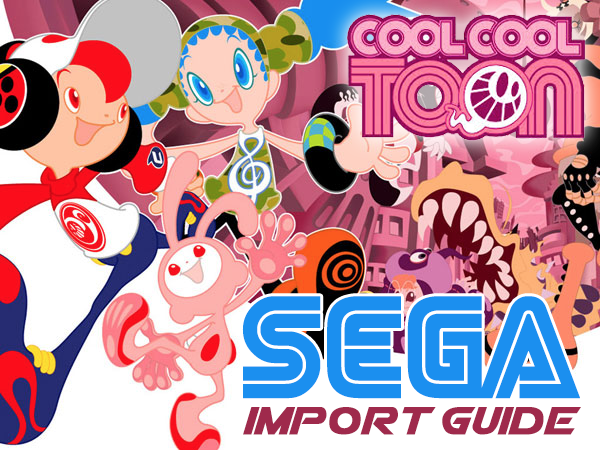 Cool Cool Toon is extremely accessible for English speaking gamers. Despite the story mode and most of the game’s menus being in Japanese, the game has just enough English in all the right places to make it easy to understand. The in-game menus are simple, laid out effectively, and give you enough visual cues to tell you what you need to know without much fuss.

You don’t even really need to mess around with the menus, since the story mode is incredibly straight forward and the other game modes are accessed through an English-language menu. Sure, you may have no idea why a little girl is dancing with a large yellow talking dog, but does it really matter? I don’t think so. 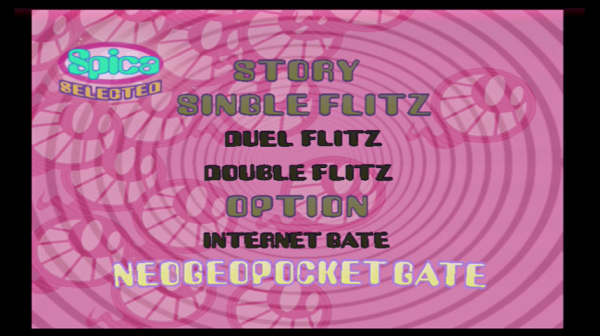 The game play itself is easy to grasp. You’ll probably find yourself stumbling around blindly for the first few playthroughs, but the game’s mechanics are obvious enough that most gamers should be able to understand them relatively quickly. I personally only needed five minutes with the game before I understood how pretty much every mechanic worked, and what little I didn’t understand I slowly figured out while playing.

The line indicates which of the button prompts are active, and the closer the line is to the prompt, the higher your score will be. If you’re really good, you hit the button just as the line closes in on the prompt and get a “Cool” rating. Hit enough prompts in a row and you’ll get a “boon”, which you can activate by pressing both trigger buttons. This will temporarily boost the number of points you get per note.

The game has several modes, including a story mode, a single “flitz” mode (which will let you play the game’s stages, or “flitzes”, without touching the story mode), a versus mode, and a co-op mode. There is also feature that lets the game connect to Cool Cool Jam on the Neo Geo Pocket Color, but I don’t have the game or the cable I need to connect them. All of these modes are relatively easy to navigate. The cutscenes in the story mode can even be skipped entirely if you are so inclined.

Overall, Cool Cool Toon is probably one of the most import friendly Japanese exclusive Dreamcast games I’ve played that isn’t a fighter or a shooter. It’s certainly a nice change in pace from all the shooting games my Dreamcast has been subsisting on for years.

Is it any good?

Being playable doesn’t make a game good, and Cool Cool Toon thankfully has some great game play to fall back on. The button and analog stick combo is a nice twist on the rhythm genre and feels really good to play in practice. The songs mostly range from boppy Japanese tunes to J-pop, though there are also some other kinds of tunes, like the rock-infused Yellow Dog. The soundtrack is infused with a sort of quirkiness you’d only find in a Japanese release.

The soundtrack isn’t nearly as memorable as Space Channel 5’s though. While it is very fun to play, Cool Cool Toon isn’t particularly innovative or unique beyond its control scheme, which integrates the analog stick in a way I haven’t seen before in other rhythm games. The Dreamcast certainly has better rhythm games, such as the aforementioned Space Channel 5, Samba de Amigo and Rez. 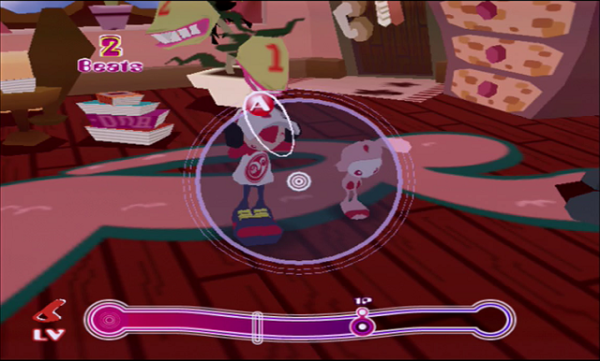 Still, Cool Cool Toon is a lot of fun, and if you’re looking for something new to play on your Dreamcast, you really can’t go wrong here. The game is accessible, entertaining, colorful, and it utilizes both the Samba de Amigo maraccas and the Neo Geo Pocket Color connection cable, two accessories only a few games ever supported. Between all of these features and continued Dreamcast exclusivity, you’ll be hard pressed to find a more complete Dreamcast experience anywhere else.

Cool Cool Toon can currently be found on both eBay and Amazon used for around $30. If you want a more complete guide on the game, complete with a translation of the story mode, you can find a guide here.

Classic SEGA Ads: There’s a Party Going on Inside Your Dreamcast