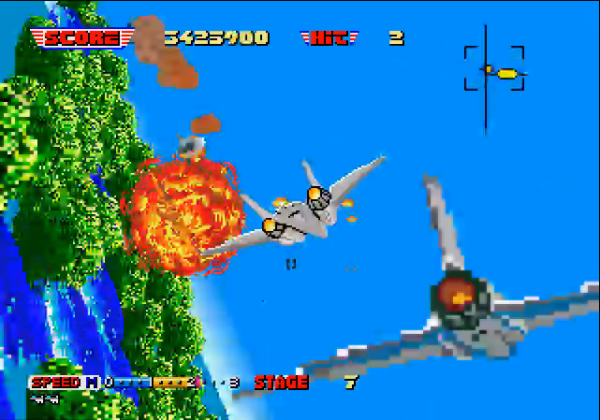 Via Nintendo Insider comes the awesome news that SEGA’s line of 3D Classics for the Nintendo 3DS are not dead in the West! Set to return in early 2015, fans of SEGA’s classics can expect 3D After Burner II, 3D Fantasy Zone, 3D OutRun, 3D Fantasy Zone II and 3D Thunder Blade to release monthly to Nintendo’s eShop. Each game will be priced at £4.49/€4.99/$5.99.

3D After Burner II will lead the pack, and those who played M2’s previous 3D Classics titles should know that we can expect it and the other titles to kick some serious ass. What is not known at this time is if we can also expect the Master System rereleases of OutRun 3D and Space Harrier 3D to release to the West. Currently these ports are exclusive to the SEGA 3D Classics retail release due later this year in Japan.

SAN FRANCISCO & LONDON – November 3, 2014 – SEGA® of America Inc. and SEGA® Europe, Ltd. today announce a second batch of 3D remasterings exclusively for the Nintendo 3DS™ hand-held system, spotlighting SEGA’s arcade history. Beginning with the release of 3D After Burner II™ in early 2015, the second batch of titles will be released monthly and include 3D Fantasy Zone™, 3D OutRun™, 3D Fantasy Zone II™, and 3D Thunder Blade™. Not only does each title deliver a full-fledged vintage arcade experience, recreating the environment down to the mechanical sounds of the arcade machines themselves, but it also adds to the original experience with new modes, options, and original musical tracks.

“These games were completely re-built to offer a robust 3D experience that offers more modern gameplay while still keeping true to the original,” commented John Cheng, President and COO, SEGA of America. “These are the best versions of some of our most unforgettable games and playing them is just like sitting in an arcade machine”.

All games will be priced at MSRP $5.99/€4.99/£4.49 and will be available for download in the Nintendo eShop on Nintendo 3DS. Please see SEGA’s official blog at http://blogs.sega.com/ for further information and updates, including release date announcements.