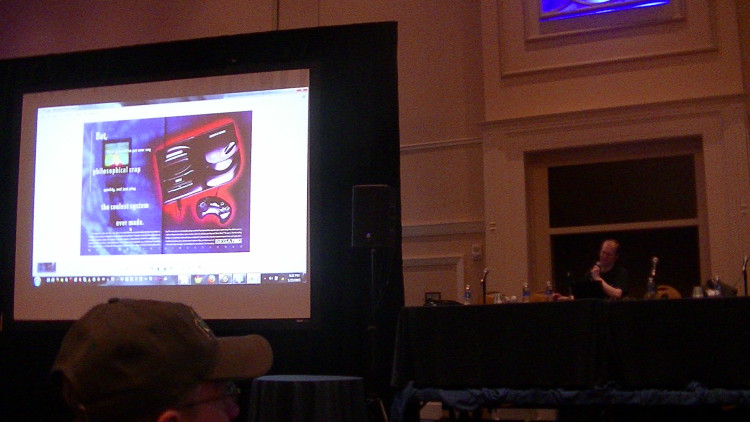 It would take forever just to cover everything I did, but of course, the most important thing is this: What kind of love did they have for Sega over the 4 day festival? Plenty in fact! Right off the bat, one of the first panels of the weekend was called “Sega Does What Nintendon’t” a panel all about Sega’s business decisions from the Master System to the Saturn, mostly focusing on their marketing efforts to get in the door at a time when Nintendo dominated. It was fun, seeing people react to the “In-your-face” ads of the Game Gear and Genesis era, but also the very by-the-books and slightly lackluster advertising the Master System had, and gave some perspective to those as to why Sega went right after their competition. Of course, the best part of the panel was the end, when we watched almost ten minutes of Segata Sanshiro commercials. Everyone had a great time with that. 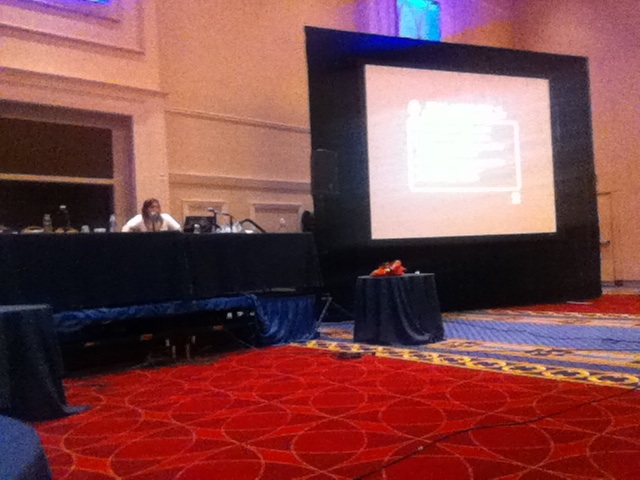 After seeing a great panel with Jontron, I headed over to a panel presented by Zerochan, who runs the site gaming.moe, about Kusoge games, or “Shit Games”. Well it was all-encompassing and not strictly just Sega games, Sega was of course brought up during. Besides jokes about Sonic Boom, they talked of classics like Takeshi’s Challenge and Spelunker, and more obscure games like Funky Horror Band and Death Crimson which were released on the Sega CD and Saturn respectively. Like myself, however, the panel was about embracing them (Well, most of them) in the same way we embrace movies like “The Room” or songs like “Friday”. Their awfulness is endearing, and not only was it entertaining, it was super informative. 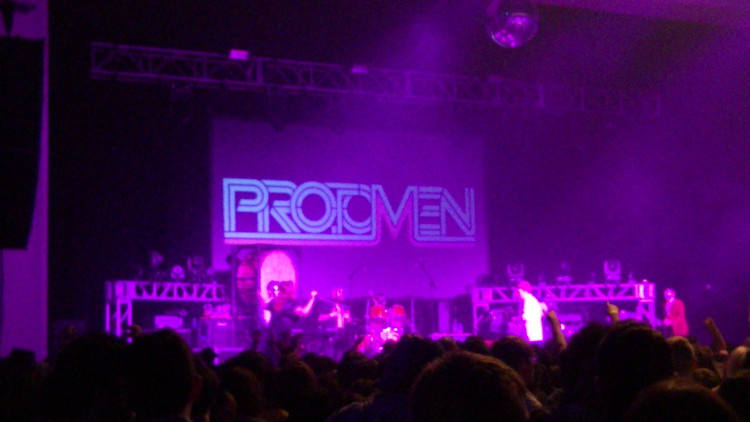 The rest of the night was spend going to “MAGProm”, a dance-themed event that also served as the first night of concerts, with Professor Shyguy, a talented chiptune artist, as well as the popular “Protomen” performing a night of 80’s covers, which were quite entertaining. However, it was what was after MAGProm that I was truly excited about. In the jamspace area, a band I’ve quite enjoyed performed, called “The Blast Processors”. As you can guess, they are a Sega-themed band, and there show was amazing. From songs about Space Harrier, Sonic, Golden Axe, and so much more, they are truly one of the coolest band in the scene, and I even had the chance to sit down and talk with them, which you’ll see soon on the Segabits Youtube! 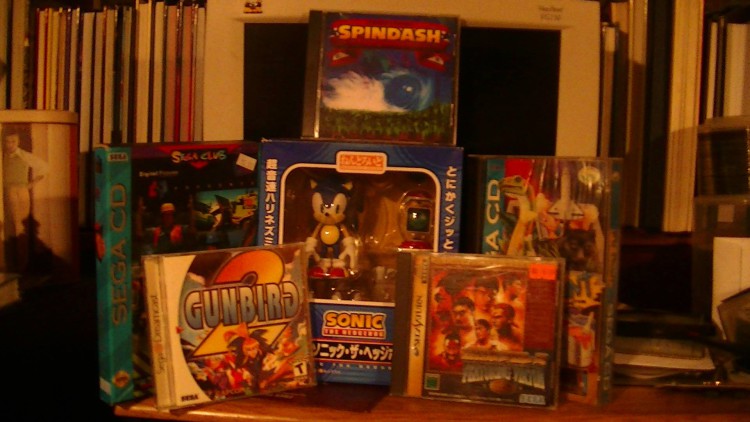 Day 2 was mostly doing work, but I had time to do some shopping in the relatively large marketplace they offer. Well there wasn’t a very large selection of retro game vendors this year, they had plenty of fantastic artists covering every time of artistry you could imagine, as well as plenty of bands selling their albums and shirts, and a few other storefronts like import stores. My haul not be very big, but I got a couple of awesome games I had been hunting for, and finally got my Sonic Nendoroid I had been looking for. 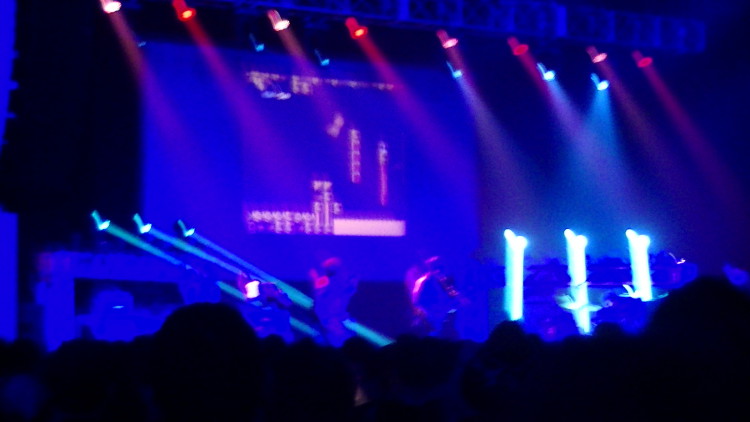 Later on in the night, I watched the dudes from Powerglove tear things up for a couple songs, but mainly was there for Bit Brigade. Bit Brigade is probably one of the coolest experiences I’ve ever had. They are more of a spectacle then just a band, but that isn’t downplaying how talented of musicians they are. The concept is simple, their friend sits on stage and speedruns a NES game, and they play the soundtrack live. It’s an incredible experience, and this year’s choice of Metroid was just as awesome as any of the previous games they have performed. 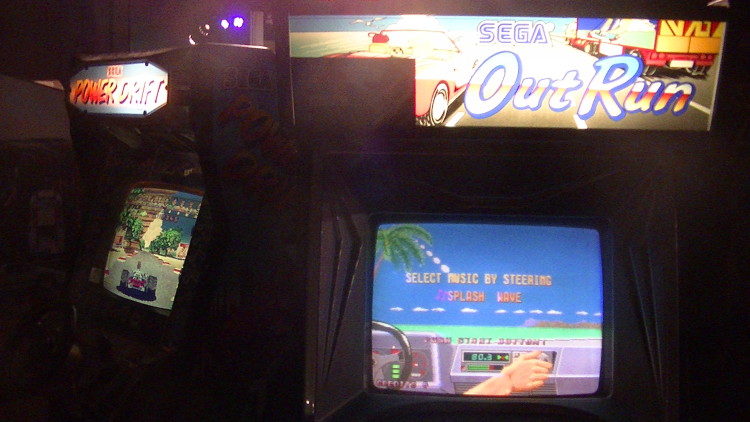 After that, it was time to head down to the giant arcade Magfest puts on. It’s impossible to take just one picture that does it justice, but it was incredible as usual, with at least 100 cabinets ranging from pinball, music and rhythm, racing, arcade classics, and more. Almost every racing cabinet was Sega, and they even had a couple of cool ones like Power Drift. I had never had a chance to play it, and I spent quite a bit of time enjoying a Sega classic I had yet to play. 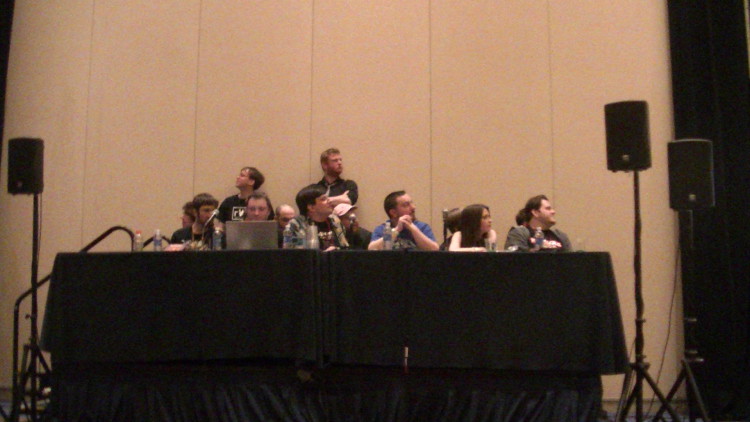 Finally, on day 3, I checked out a couple more excellent panels. Retroware TV put on a great panel, showing off some new videos, doing a little bit of a Q&A, and also offering video challenges against website contributors. Quite fun, and I even had a chance to take on Dave who does Saturnology, however he ended up beating me at some Super Mario Kart. After that I checked out the “7 More Sega Saturn games You Should’ve Played” which showed off some cool Saturn games that many people haven’t played, and I quite enjoyed seeing some games I had no idea about. 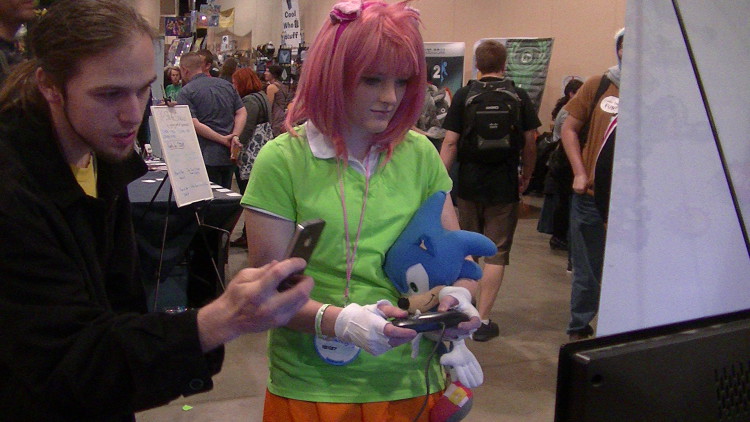 Of course, I met plenty of other Sega fans and cosplayers throughout the weekend, which was awesome. It was great just how friendly everyone was towards each other, and how much passion everyone had about their favorite games, series, developers, and just the hobby we all love. To me, that’s what makes MAGFest so special from every other gaming event. It’s not about advertising the newest games, or about getting all kinds of swag, or even just about the games and music. It’s about the people, and just meeting new people and getting to talk about your favorite hobby with people who are just as into it as you.

SEGAbits & Sonic Retro to host Too Many Games 2015 “The Sonic X-treme Files” panel on Saturday, June 27th in Oaks, PA

One response to “SEGABits At Magfest 13: The Write Up”