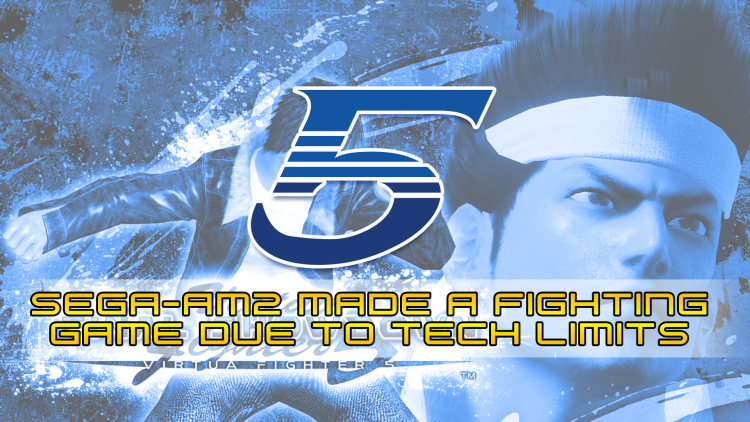 After Yu Suzuki and his team finished working on Virtua Racing, Yu wanted to do 3D animation with more moving joints. Since Virtua Racing used mostly cars, it was a lot easier to animate in 3D. For his next game, Yu Suzuki wanted a challenge and make realistic moving 3D characters. Not only that he wanted to create a sports game and the team had to change genres due to the limitation of the technology at the time.

” To be perfectly honest, I really wanted to do a soccer or rugby game next but being team sports there were just too many characters to animate, and we simply didn’t have the computing power to make it work. Eventually, it boiled down to a question of what we could do with only 2 characters onscreen, which left us with Boxing or another martial art.” – Yu Suzuki

The team would fulfill their wish to create a Soccer game with Virtua Striker in 1994, which just happens to be one of the first 3D soccer games created. Come on AM2, I’m still waiting on that Rugby game. 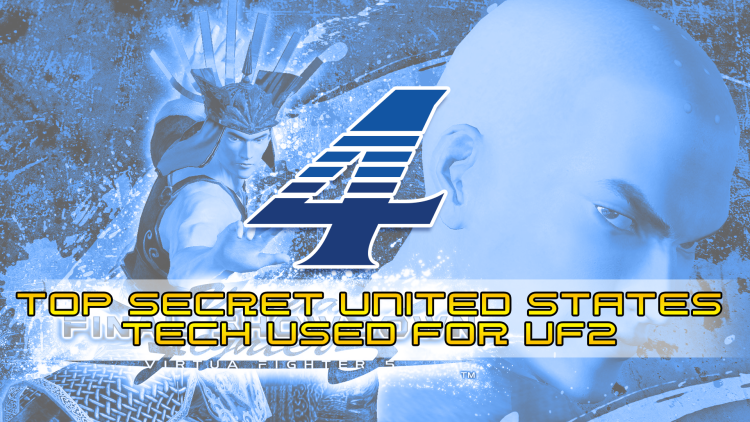 Motion capture and texture mapping isn’t really a big deal now-a-days considering most medium size studios have the ability to afford it. Looking at Virtua Fighter, it was evident that it was missing texture mapping, but seeing as it was the first 3D fighting game it was easy to dismiss. Yu Suzuki had to go out and find the technology to effectively help create the successor to the Model 1 arcade board, the Model 2. This board would go on to power hits like Virtua Cop, Virtua Fighter 2 and Daytona USA.
Yu Suzuki recalls going to the Lockheed Martin, a American global aerospace defense and security company.

” At that time, motion capture technology was used only in health care, and we were the first to apply that technology in a game, which was VF2. 3 large companies that provided military simulations were the only ones that were using texture-mapping chips. But, I had an idea so I approached them thinking, ‘Here goes nothing,’ .So there I was, this guy from a Japanese video game company asking to use the latest, top-secret technology the United States military had to offer and they were like, ‘OK, let’s do it!’.

However, our budget for procuring a chip was only around 5000 yen and the chip they had was in a jet fighter simulator worth several billion yen, so settling on a price proved to be quite difficult. They said they could offer a cheaper mass-produced chip that was only 200 million yen, so all we had to do was make up the difference ” – Yu Suzuki

Thankfully for SEGA and the rest of the gaming industry, Virtua Fighter 2 and other Model 2 arcade games proved to be huge success. This would mean other studios would be able to get massively produced texture-mapping chips at affordable prices. Your welcome, gaming industry. 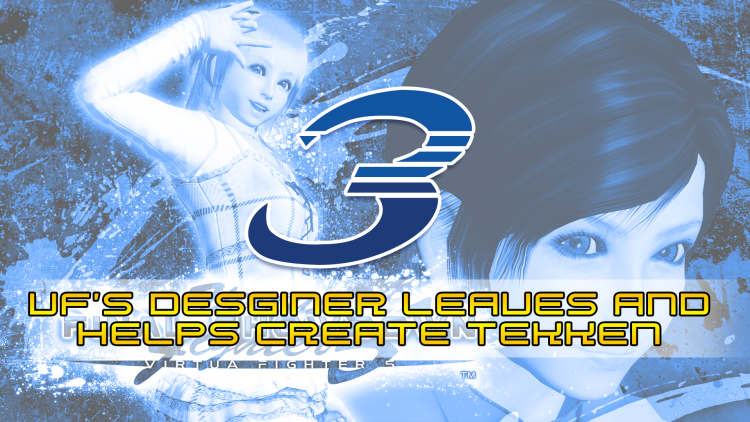 While Yu Suzuki gets most of the love when it comes to nostalgic SEGA talk, Seiichi Ishii never comes up and this guy designed both Virtua Racing and the first Virtua Fighter for SEGA. He would leave SEGA shortly after the release of Virtua Fighter to join arcade rival Namco and help create the first Tekken game in 1994.

If that wasn’t enough the guy started his own studio called DreamFactory and started developing fighting games for Square with games like Tobal No. 1, the Final Fantasy themed fighting game Ehrgeiz and last but not least the Playstation 2 launch title The Bouncer.

Seeing as Seiichi Ishii not only created two of the first early 3D games and then went off to create a franchise for a rival arcade company that slowly took over Virtua Fighter‘s market; maybe SEGA shouldn’t have let him go… 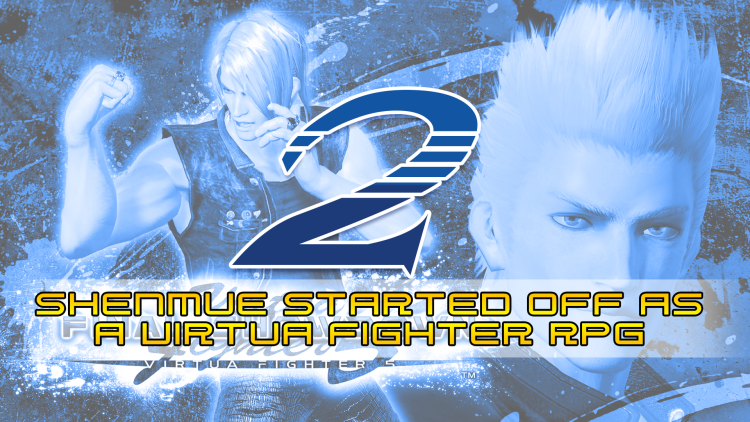 Shenmue had quite the development cycle, having an impressive Sega Saturn build, which was first shown off to the public as an extra on the Xbox release of Shenmue II. But did you know that Shenmue actually started off as a Virtua Fighter RPG? But before Shenmue and Virtua Fighter RPG there was “The Old Man and the Peach Tree” which was the birth of AM2’s epic journey to one of the biggest projects in SEGA’s history. 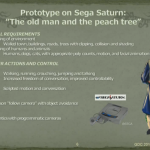 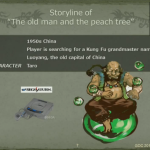 Yu Suzuki would take this prototype and evolve it into a full blown RPG project revolving around the Virtua Fighter engine, this would start in 1996. Suzuki wanted the fighting game’s main mascot, Akira Yuki to be the game’s main hero. Suzuki completed four acts for the game: Sadness, departure, fighting, and starting afresh. Main points in the story would later be used for Shenmue, like Akira losing his father and traveling to China. The Virtua Fighter RPG project was so serious that Yu Suzuki brought in movie directors, a play writer and a screenwriter to help him work on his project. 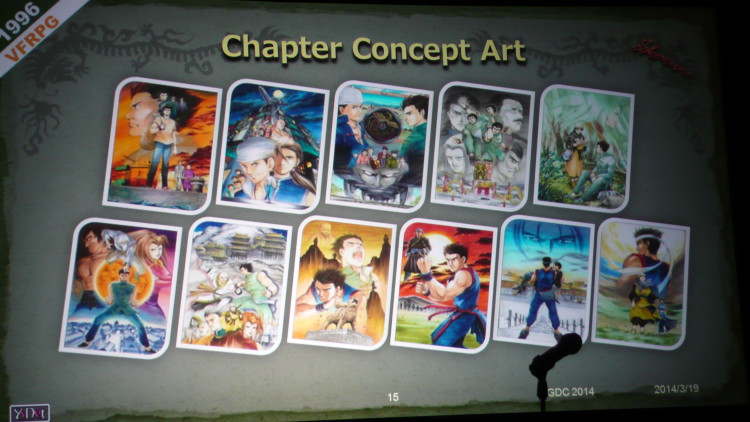 The project would later change names and direction again under Project Berkeley which was the codename for Shenmue. SEGA would later revisit the idea of a Virtua Fighter RPG with the game Virtua Quest. But that game sucks and we don’t acknowledge that it exist here at SEGAbits. Shenmue’s protagonist would share similar characteristics to Akira from Virtua Fighter including his hair style and both being born around the same time. Shenmue‘s main villain Lan Di would also take aspects from Lau Chan from Virtua Fighter 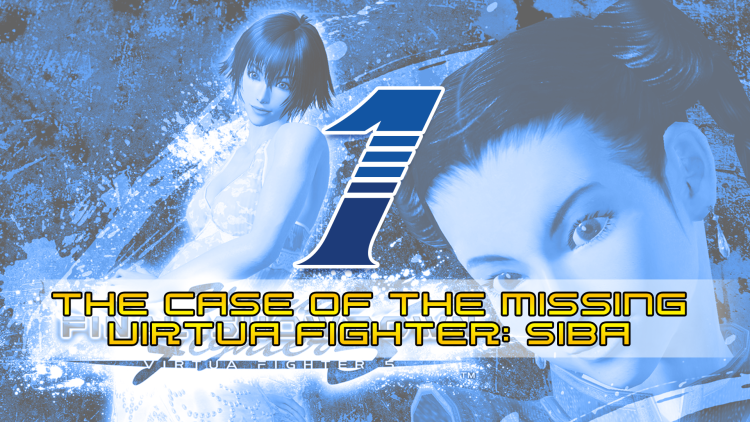 The Arabian fighter was first shown in early Virtua Fighter prototypes, who was actually removed in the last minute by Yu Suzuki and replaced by Akira Yuki who would go on to become the mascot for the Virtua Fighter franchise.

Daichi Katagiri had this to say about Siba‘s last minute removal: 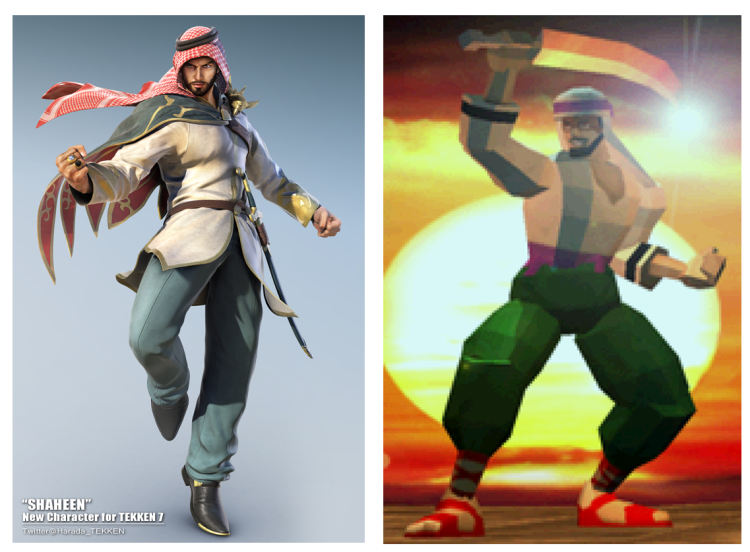 That’s it for this week’s The Weekly Five, if you want to catch more episodes of the show please make sure to come back every week. Next week I have a special Overworks themed episode. Argh, see ya then!