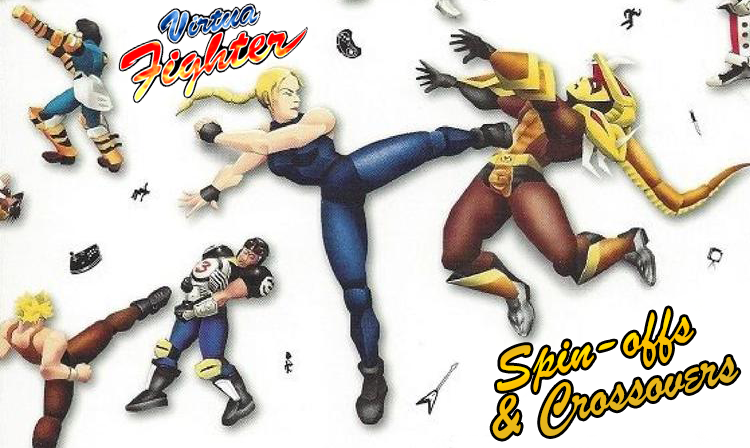 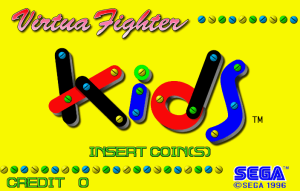 As mentioned in our main series retrospective, Virtua Fighter 2 was an important game when it came to the franchise’s spin-offs, as the sequel served as a point of reference for many games including the first series spin-off, Virtua Fighter Kids. Released to arcades in 1996 and running on the Sega Titan Video arcade hardware, Kids reimagined the Virtua Fighter 2 cast as Japanese caricatures known in the West as super deformed. Featuring large heads and tiny bodies, the Virtua Fighter now resembled children and the game amped up the humor, poking fun at the character’s traits. Despite the kids title, the characters were not actually children as they retained their adult characteristics.

Virtua Fighter Kids also saw release on the Saturn in all regions. Interestingly, Japan saw an additional release of Virtua Fighter Kids titled Java Tea Original Virtua Fighter Kids which featured ads for the drink Java Tea throughout the game and altered certain characters to include the beverage. For example, Shun Di was now holding a can of Java Tea in place of his gourd and Jacky would drink a can after a victory. Later releases would remove these references, however future SEGA-AM2 games would feature Japanese beverage promotions with Pepsiman in Fighting Vipers and Coca-Cola products in Shenmue. I wonder if Yu Suzuki just liked getting free drinks for the staff kitchen?

Gameplay-wise, Kids was a slightly tweaked Virtua Fighter 2 with a more frantic pace, thanks in part to the games sped up soundtrack. It is speculated that the game was a testbed for Virtua Fighter 3‘s facial and eye animations. In a creepy twist, some versions of the game feature the ability to “eat the souls” of other characters, which would allow one character to take on another character’s animations and poses. 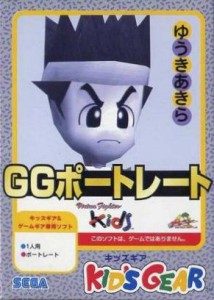 While Virtua Fighter Kids never saw a sequel, the super deformed versions of Akira Yuki and Sarah Bryant appeared as unlockable characters in the Virtua Fighter vs. Fighting Vipers crossover Fighters Megamix (more on that in a moment). Also, the Kids versions of Akira Yuki and Pai Chan each had their own Game Gear releases of GG Portrait. Basically, both Akira and Pai had their own boxed cartridge that featured a digital image gallery of the character in various settings and a bit of interactive content, such as the player kicking a ball or pedaling a bicycle.

These were similar to the better known CG Portrait Series on the Saturn which featured eleven separate releases, each containing images of a different Virtua Fighter character. The first ten volumes are easy to come by, but the eleventh release featuring Dural was only attainable by mailing the spine cards of the first ten releases to SEGA making it quite rare to come across for modern collectors. 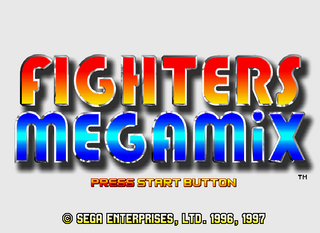 Before Nintendo had their own multi-franchise brawler with Super Smash Bros., SEGA featured a number of SEGA-AM2 franchises in 1996’s Fighters Megamix (okay, to be fair SNK beat both Nintendo and SEGA with 1994’s King of Fighters). Released exclusively for the Saturn, Fighters Megamix featured the cast of Virtua Fighter 2 going up against the cast of Fighting Vipers. Like Virtua Fighter Kids, Fighting Vipers is based off of Virtua Fighter 2 but with a unique spin. Each character is wearing body armor, which can be broken off by opponents leaving players more vulnerable and able to take more damage in areas missing armor. Fighting Vipers also featured enclosed arenas allowing for attacks which utilized the walls and the ability for characters to punch one another through walls as a finishing move.

With Fighting Vipers playing so similarly to Virtua Fighter 2, it only made sense to pair the two up for Fighters Megamix. Featuring complete rosters from both games and blending play styles, Fighters Megamix is not only a love letter to fans of both franchises, but a SEGA-AM2 fans dream with cameos from Virtua Cop, Sonic the Fighters, Daytona USA, Rent-A-Hero, and even the AM2 logo’s palm tree. While Fighters Megamix is a beloved Saturn game to this day, another Fighters Megamix didn’t fair so well.

Released to Tiger’s handheld Game.com, Fighters Megamix is a watered-down version of the Saturn classic featuring 2D sprites, a slow frame rate, and unresponsive controls. If there is one Virtua Fighter game to avoid, it’s this one. 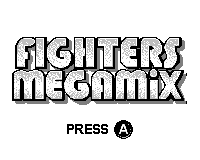 Speaking of handheld Virtua Fighter games, 1996 saw the release of the only handheld fighter from the series released to SEGA hardware. Virtua Fighter Mini, released in the West as Virtua Fighter Animation, was unique in that it was a game based on an anime adaptation series, which in turn was based on the games. The following year the game was ported to the Master System by Tec Toy, Sega’s Brazilian distributor. 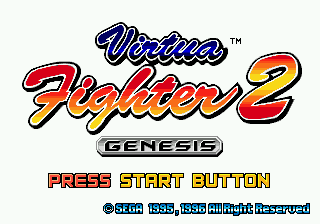 Unlike most Virtua Fighter games which attempt to add to the roster, the Mega Drive/Genesis remake does not feature Shun Di and Lion Rafale. Despite not being nowhere near as good as the 3D original, this 2D adaptation has seen release on multiple platforms including PS2, PSP, Wii, PS3, Xbox 360, PC, and iPhone. 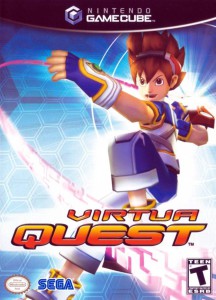 Perhaps the strangest Virtua Fighter spin-off was released in 2004 to Japan and America on the Playstation 2 and Nintendo Gamecube. Virtua Quest (known as Virtua Fighter Cyber Generation: Judgment Six no Yabou in Japan) was an action RPG taking place in a virtual universe called the Nexus. The player controls Sei, a young boy tasked with exploring the virtual world to collect Virtua Souls, which are data clusters that contain information about the martial arts abilities of the legendary Virtua Fighter characters. As the player progresses, they unlock more complex moves which catches the attention of the evil syndicate Judgement 6 – a group that also exists in the original Virtua Fighter games.

The game is very much a product of the early 2000s, borrowing concepts from Namco Bandai’s .hack and Digimon: Digital Monsters to create a virtual world complete with internet lingo and technical jargon. Placing the character of a young boy at the forefront of a classic franchise is also similar to SEGA’s own Sonic X, which released at around the same time and also featured the concept of alternate worlds. If I’m honest, the concept behind the whole thing is quite confusing and the connections to Virtua Fighter seem tenuous. If you want a Virtua Fighter action RPG, you’re best off sticking with Shenmue and Shenmue II.

In 2010, SEGA tapped OutRun Online Arcade developers Sumo Digital to create the SEGA character racer Sonic & SEGA All-Stars Racing. The game featured SEGA characters from the early 80s through to the modern day, and Virtua Fighter’s own Jacky Bryant
and Akira Yuki took to the track in the Red Lightning. Staying true to Jacky’s background as an Indy Car Racer, Jacky drove while Akira sat peacefully waiting to unleash their Virtua Fight all-star move in which Akira would get out and elbow the car, propelling Jacky to super speeds. The duo did not return in the sequel Sonic & All-Stars Racing Transformed, but their character models do appear as giant holograms in final race track. 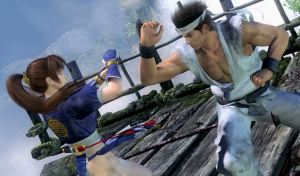 In 2012, Virtua Fighter mixed things up when three guest characters appeared in Tecmo’s Dead or Alive 5. Appearing as unlockable characters and making cameos in the game’s Story Mode, Akira Yuki, Sarah Bryant, and Pai Chan finally allowed fans of both franchises to have SEGA fighters go up against the Tecmo rivals.

AM2 worked closely with the developer Team Ninja during the game’s development, providing key animations and giving guidance and feedback. Producer Yosuke Hayashi’s goal was develop a crossover game similar to Street Fighter X Tekken, and Virtua Fighter was chosen as it was “the father of 3D gaming” and the first 3D game he ever played and the IP he respects the most. The crossover was also fitting given the Dead or Alive franchise’s reliance on SEGA arcade hardware including Model 2 for Dead or Alive and Naomi for Dead or Alive 2.

Most recently, Yu Suzuki returned to the Virtua Fighter franchise with 2014’s Virtua Fighter Fever Combo, a free-to-play smartphone game for Android and iOS developed by Suzuki’s studio YS NET. A card-battle game rather than a 3D fighter, the game is similar to 2012’s Virtua Fighter Cool Champ which was available on the Mobage platform and published by Epics with YS NET supervising development.

While we’ve covered just about every playable Virtua Fighter spin-off and crossover title, the series has also had a long history with other media including a one-shot Marvel comic, the previously mentioned anime, and a number of memorable cameos in SEGA’s “Hi☆sCool! Seha Girls” anime. Let’s also not forget the Tiger Electronic adaptations of… actually, you know what? Let’s try to forget those.