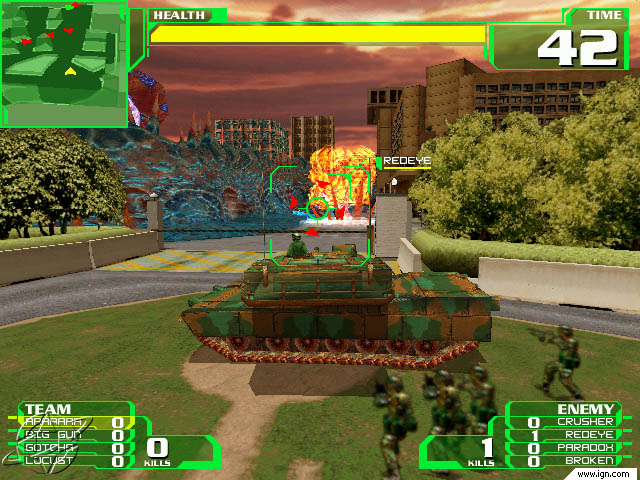 Despite having an unsuccessful launch, and losing its online functionality after SEGA pulled the plug on their online games, Alien Front Online is still a great game to play with a group of friends gathered around the TV. This week on Tuesday Tunes, I wanted to highlight the game’s soundtrack with the theme tunes to the game’s opposing forces, the army and the aliens. The first tune, featured at the top of this article, is the aliens theme. Featuring a mix of hard techno and rock, my favorite bit about this theme is the intro which evokes classic arcade music – fitting for a horde of evil space invaders. The second theme, found below, is the army’s anthem which combines heavy driving rock music with a more classical army march, making it both badass and slightly humorous.

Hopefully hearing these tunes triggered happy memories of playing the Dreamcast online, or it gave you enough of a reason to hit ebay to find this under-appreciated game.