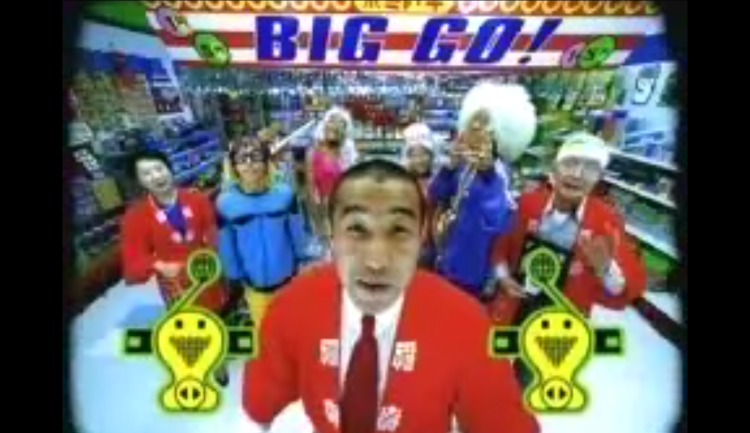 Jet Set Radio had a bit of an identity crisis when it reached the West. When the game was first revealed in Japan, few media outlets knew exactly what to make of the game. Was it rhythm game? Was it a Japanese take on Tony Hawk Pro Skater? From the teases we got, it appeared to be a bit of both. The first real concrete explanation of the game came from America’s Official Dreamcast Magazine, which featured an in-depth interview with Smilebit and a preview of the game. While ODCM did a fantastic job with explaining the game and selling many Dreamcast owners on it, myself included, SEGA of America did a less than fantastic job of letting the general public know what the game was all about. 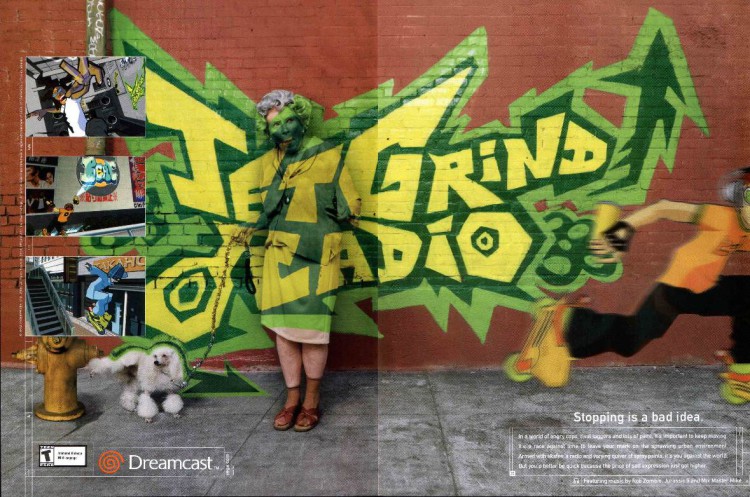 Don’t get me wrong, I love SEGA of America’s campaign for the game, but I was also looking at it with knowledge of what the game was all about. In print, SEGA of America focused on the graffiti and rebellious aspect of the game. Little attention was paid to how exactly the game played or even the graphics, with screens shoved off to the sides and any information tucked discreetly at the bottom corner of the ad. Front and center was the games logo with the retitled Jet Grind Radio, speculated to either be a change for copyright reasons or to put the act of grinding front and center to exploit the ties to Tony Hawk Pro Skater. As a tease, I’d say the ad works well, but it really didn’t explain how the game was played. Perhaps the commercial will…

Nope! SEGA’s Jet Grind Radio commercial was one of the weirdest ads to come from the company at the time. I recall my friends and I debating if it was actually a Japanese ad for the game brought to the West, but the mention of the American name for the game made it pretty clear to us that this was an American made ad meant to look like one of those crazy overseas commercials. Featuring an eclectic group of Japanese people operating and shopping in a store dubbed the “Jet Grind Headquarters”, there appears to be a sale going on for spray paint, music, and jet powered skates. A little over halfway through the ad, we get to some impressive gameplay footage, though like the print ads little is said about the plot or how the game exactly plays. Sold as the Jet Grind Radio lifestyle, players are told they’ll skate, groove, bomb wrecks, and run from the man. While that does sum up the game nicely, it’s a shame that such a graphically amazing game is given only 8 seconds of footage in a 30 second ad. No mention is even made of the online features, ability to make your own tags, or the prospect of rival gangs.

Overall, Jet Set Radio‘s American promotion was a mixed bag. Sure the game was a strange sell, but I’m not sure if making an even stranger commercial for an already pretty out there game was the right move. What are your thoughts on SEGA’s Jet Grind Radio campaign?