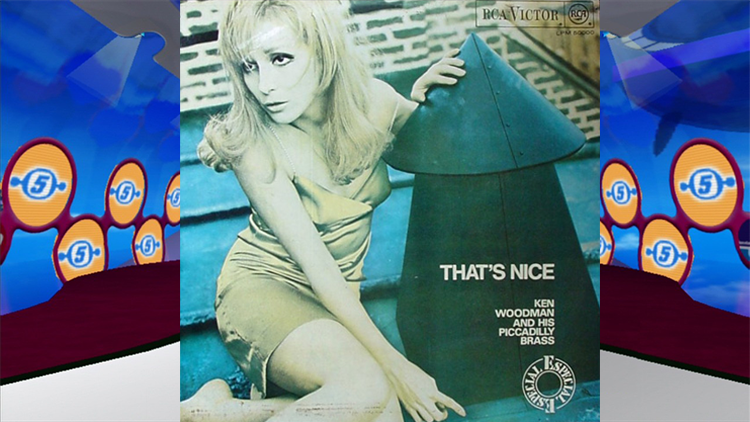 Space Channel 5 parts 1 and 2 featured some of the best original SEGA music ever heard, composed by the likes of Naofumi Hataya, Kenichi Tokoi, Mariko Nanba, Tomoya Ohtani and the Sega Sound Team. But before the player experienced any of those tracks, they were greeted with the iconic opening fanfare of “Mexican Flyer”. Composed by British composer and trumpeter Ken Woodman, “Mexican Flyer” was released in 1966 on the Ken Woodman and his Picadilly Brass album “That’s Nice”. Visually, Space Channel 5 was inspired by the 1960’s space-age chic which featured a futuristic and luxurious look of stark whites, clean lines and bright colors. It only made sense that the music would match the game’s visuals, and while SEGA’s composers created some fantastic tracks, “Mexican Flyer” was ripped right out of the 60s era and was the perfect choice for the game’s main theme.

With the release of Space Channel 5 came the a remix of “Mexican Flyer” from Naofumi Hataya and Kenichi Tokoi. This remix was mellower, at least initially, before building up into a cacophony of blaring trumpets that lead into a much more bombastic rendition of the theme. Being a modern piece, trumpets occasionally abruptly cut off, not afraid to hide the remix’s electronic nature. The remix of “Mexican Flyer” paved the way for additional remixes which were collected in the special album “Space Channel 5 Remix Tracks” which featured five original remixes as well as the original “Mexican Flyer”. While I’m not posting all of them here, I’ll leave it to you to seek out the soundtrack, the album is notable for including “Mexican Flyer” remixes from Adam F. (better known to SEGA fans for his track “Fear” in UGA’s Rez) and the incredibly talented and dearly departed Kenji Eno (composer and game designer behind Saturn and Dreamcast classics Enemy Zero, D, D2, and Real Sound).

Yup, that’s right, Kenji Eno composed a Space Channel 5 remix. And no, the fact that I am posting “Mexican Flyer” on Cinco de Mayo is not lost on me.

Next week on SEGA Tunes: We listen to the incredible music from UGA’s Rez