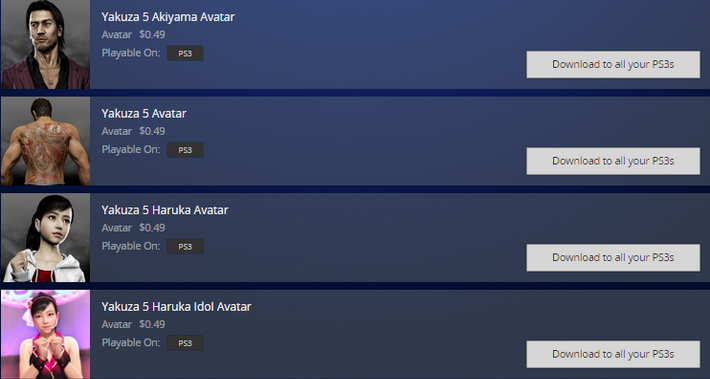 While we await news of when SEGA will be releasing Yakuza 5 to the West, avatars for the upcoming game have recently hit PSN. Could this mean a release date is nearing? Those who have followed SEGA of America’s digital releases in recent years should be well aware of the fact that the company will release and announce the release date of a game on the same day, with the only real indicators of an upcoming release being things like PSN avatars being made public. While this is all speculation on our part, the fact that SEGA has quietly released these avatars for the upcoming game must mean something… right? In the meantime, enjoy a cool Goro Majima avatar for just .49 cents.

See all the avatars after the break. 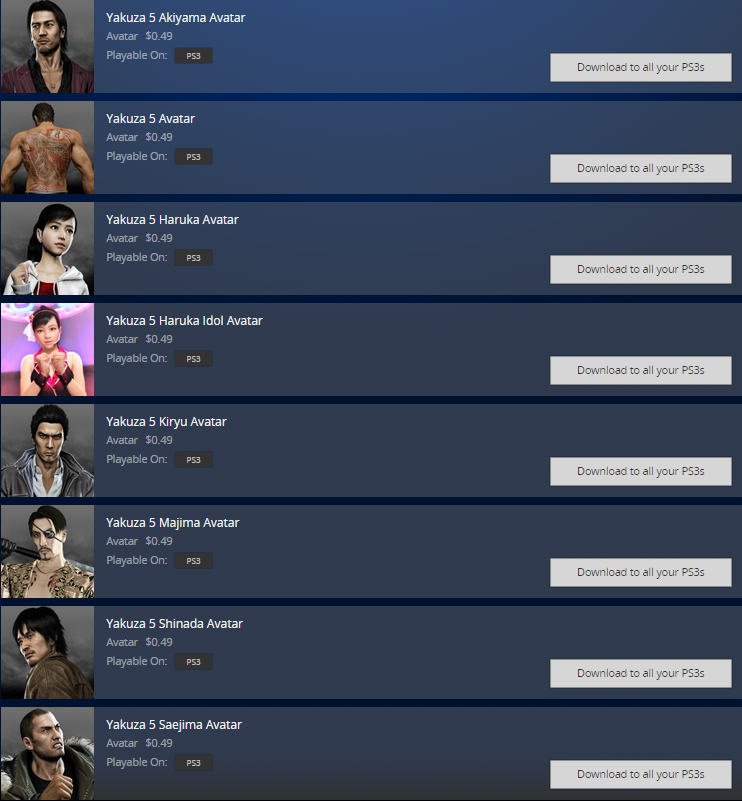 3 responses to “Yakuza 5 avatars hit US PSN – Could the game be releasing soon?”