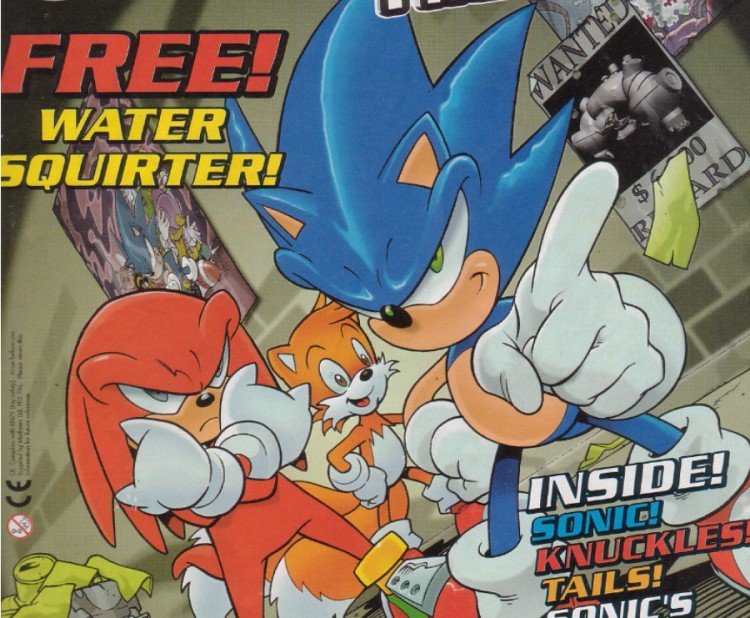 Whether you’ve read it or not, most people are at least a little familiar with Archie’s long running comic series based on the blue blur. However, as a poor little English boy, I grew up with quite a different set of comics in my youth. In this installment of SEGA Memories, I look back on this unique moment in Sonic history.
Fleetway’s Sonic the Comic was the UK’s answer to Archie’s run; lasting a respectable nine years from 1993 to 2002. These comics were actually my first experience of the series, before I had ever even picked up a game. When I eventually did, I remember being continuously confused over how Super Sonic worked and somehow came to the conclusion that Eggman was the son of the comic’s Robotnik. With Sonic’s anniversary coming up, and just out of sheer nostalgia, I took a look back at my own personal gateway drug to the franchise.

Flicking through these comics again, one thing that immediately struck me was how abrasive and aloof their portrayal of Sonic is. Even in his design, the character started pretty on model to the game’s original concept art, only to slowly become drawn with aggressively juttering spikes and a permanent scowl. This Sonic would help you out sure, but it wasn’t always at the top of his “To Do list”. 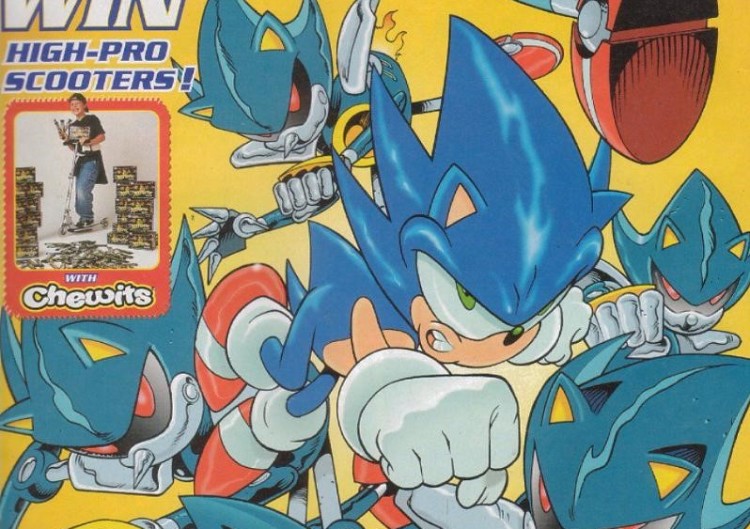 Though I suppose this makes sense. The comics originated back when the only evidence of personality was a sassy finger wag and impatient foot tapping. Not quite a blank canvas, but open enough to go in some wild directions.

Fleetway’s world is also a lot less light-hearted then you’d expect from a comic about a blue anthropomorphic hedgehog (though not quite as dark to include guns and swearing, as another infamous makeover decide to do). The storylines were long and a little convoluted, and the character’s considerably different. Wanting her to be more of a role model, Amy is portrayed as a laser wielding tomboy with no particular interest in Sonic; while that sounds bad, I can’t say it isn’t an improvement. Robotnik takes after the SatAM cartoon, far more menacing and threatening than the lovable goofball he became. Tiny differences occur too, with Knuckles’ distinct white chest mark becoming a silver necklace. I love the necklace in particular. It has an air of “just given the game’s sprites and nothing else to go on” akin to Mega man’s hilarious box art. Furthermore, in general, the characters react to the unfolding events much closer to how real people would than you’d see in, say, Sonic Boom. Not that that’s necessarily a good thing. While this was easy for me to engage with at a young age, retrospectively it’s hard not to find it all a little silly. 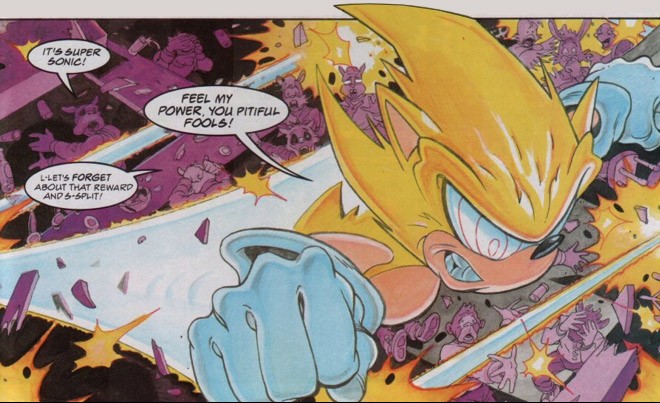 But hey, there’s nothing wrong with a bit of silliness. Did I mention Knuckles rides a pterodactyl? It’s the charm that initially drew me in and what still has my respect today. The creators were given an IP and they weren’t afraid to really make it their own. This is most evident in their take on the iconic “Super Sonic” transformation, by far the most well-known aspect of the comic. As a child, it was definitely my favourite part of the book. Through some typical comic-level logic, Super Sonic begins as a sort of ‘Hulk mode’ for the hedgehog, a split personality he would tap into when becoming too stressed. Through some more comic logic, the two split into detached beings. This new, separate Super Sonic became the main antagonist, a nightmarish red-eyed parallel to the protagonist. Yeah, it’s a little ‘edgy’, but it’s that lovable 90s edge. I had to re-read through the comics a little to remember what they were like, but Super Sonic was something I haven’t ever forgotten.

Though I must have taken a certain shining to these books. For whatever reason I decided they were worth keeping and was able to dig up my modest collection in preparation for this article.

I don’t think any series has reinvented itself as much as Sonic has over the years. While this is a growing criticism of the series, it does provide a distinctively wide and varied history to look at. Fleetway’s Sonic fits snugly in the spectrum, between Shadow the Hedgehog and Sonic Lost World. It’s an endearing little alternative take on the long running series, one that I kind of miss. 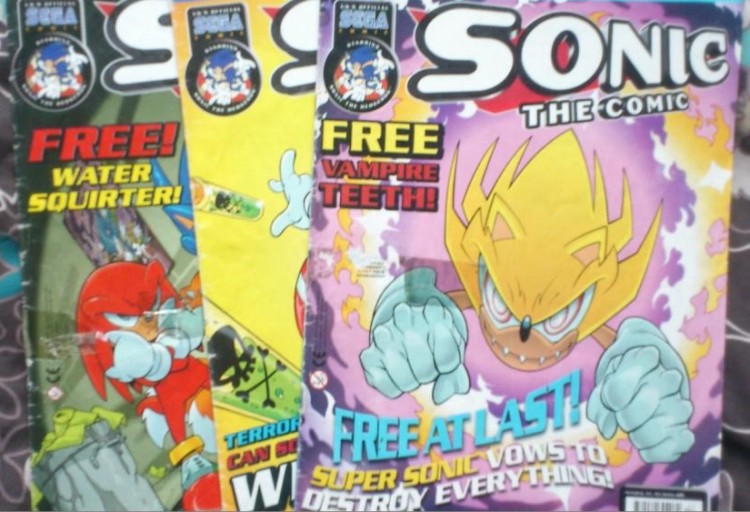 4 responses to “SEGA Memories: Looking back on Fleetway’s Sonic the Comic”