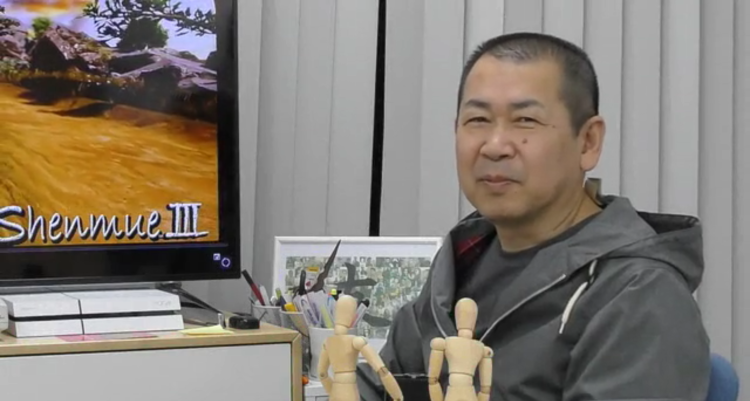 In the latest Shenmue 3 Kickstarter update, Yu Suzuki shared a special backer exclusive video in which he looked back on one year since the campaign was successfully funded. Those expecting major revelations or exciting new information will be disappointed, but it is nice to see shots of Suzuki and his team discussing the game’s development. A few notable moments in the video include Suzuki stating “Your cheers at the Sony announcement still ring in my ears” and the mention that late last year the team began using Shenmue 2 characters for battle and conversation tests in Unreal Engine 4 – I would personally love to see these development videos someday. Suzuki also stated that the prototype build began development in January and that is has been six months since the project has really taken off. Elements that are beginning to come together include battles and facial expressions and the crew are said to be happy with development thus far. Suzuki ended the video saying he believes it will end up to be a good game, and he once again thanked backers for their support. No date has been decided yet for surveys, which would decide stuff like shipping addresses and shirt sizes and information needed for in-game appearances.

Overall, Shenmue 3 looks to be progressing well. The environments, while not jaw dropping as they were with the Dreamcast originals, look good and it is always nice to see Suzuki smiling and talking about the game’s development. Here’s hoping as time goes on we see more of the game in progress and get a peek at some cutscenes and battles.