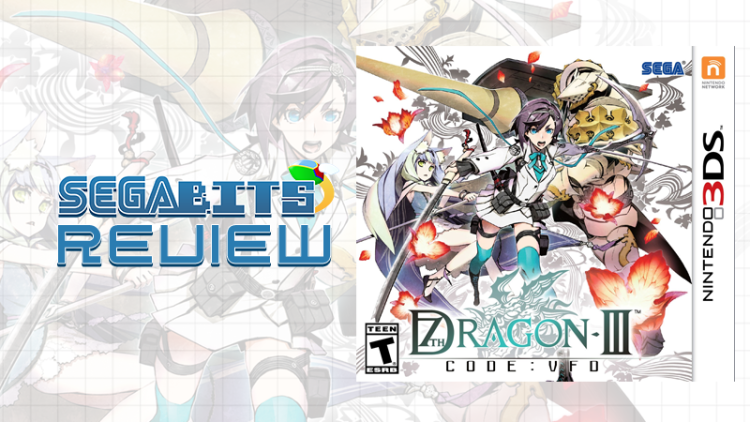 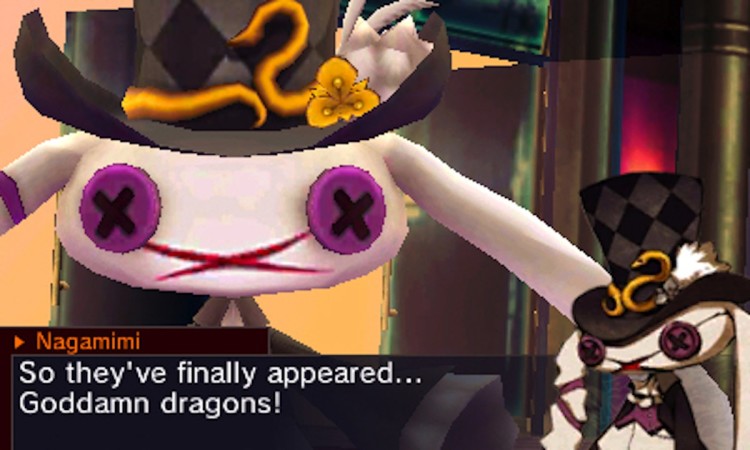 While this game is titled as a 3rd entry, you don’t really need to play the past games to understand the story. While it takes place in the same world that the past 7th Dragon games took place in, this one is farther in the future. All you have to know is that dragons have attacked the world in the past and heroes have stood up to them. Easy enough. The game also features a silent main character, but unlike Zelda or Metroid, the game lets you design the main character. You can select from a tons of pre-created looks, colors and even class of character. This also applies to the other characters in your main party. 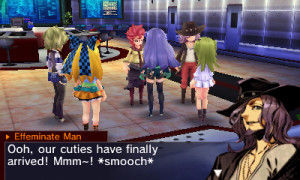 The game starts in the year 2100 with a video game company called Nodens Corporation, who is looking a chosen hero to save the world. Pretty cliche story as far as JRPGs go. The company created a video virtual reality video game, whoever completes said simulation seems to be the chosen one the company was seeking. If it wasn’t obvious at this point, you and your party complete the mission and are told that every few generations a dragon appears to wipe out humanity. Nodens plans to stop the power of the dragons in the current era by traveling through time and slaying dragon in three different time eras (the past, present and future) in hopes of stopping the rise of the 7th and most powerful dragon.

I’ll be honest, I didn’t find the games story to be that impressive, it felt very much like a run of the mill JRPG plot. Some of the other characters in the game also reminded me of anime troupes, but it wasn’t bad. It just came off as average. Also note that I don’t find most Japanese RPGs stories to be fantastic, so it might just be me. For example the game had a character named Mio who is the girl that is scared but because of you she decides to be brave, Nagamimi the rabbit puppet that is a mascot to Nodens but behind the scenes is a foul mouthed character and more. Some of the characters do grow on you as the story continues, but sometimes the game tries a bit too hard to make them quirky and it doesn’t really pan out. It feels like the weirdness is just thrown at you out of left field, don’t know if this was done by the loclization department or was something the Japanese developers wrote.

But trust me, this game is not about the story but about its fighting system… 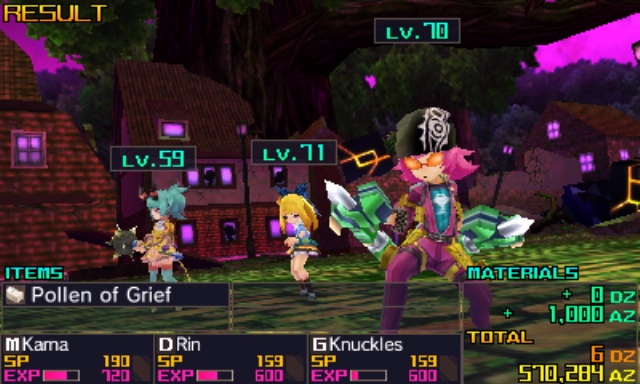 While I stated that the story was just average, what the game really is built around is dungeon crawling. One thing that a dungeon crawling game will need is a good combat system and interesting classes. I think 7th Dragon III Code: VFD really accomplished this last part. Now I’ll be the first to admit to not being super technical when it comes to playing JRPGs and their battle systems, so this is me judging it by just playing it. I feel like the game has a mix bag of ‘obvious’ classes and very unique classes. Nothing wrong with having obvious classes but I really enjoyed playing some of the more unique ones. For example the Duelist comes off as a magic wielding character at first, then when you see how he works you change your mind. The character has a deck of cards and at the start of battle you draw two random elemental cards. This can be electric, fire, ice, and all that jazz. So lets pretend you draw a fire and a ice card, you will be able to do any magic spell that uses up 1 fire, 1 ice or one that uses both fire and ice cards. After your turn you will draw more cards, there are even moves that will skip a turn to just stack up on cards. Really makes you think outside the box and the ‘luck of the draw’ makes the fighting more exciting. Then you have classes like The Samurai that is basically a warrior type hero but they allow you to have two different types of fighting mechanics to choose from. Its a nice mix and makes the combat better. While the battle system shines through, the dungeon designs are pretty bland. But I guess you don’t really need over the type designs when you have a fantastic battle system. 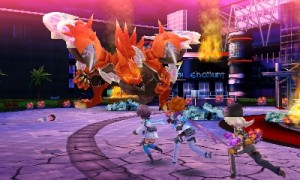 While the game does have random battles, which have been a staple of JRPGs ever since the original Dragon Quest in the 80s, this game actually has a bar indicating when you will get sucked into a battle. Very useful and less frustrating since you know its coming. The game will also allow you to heal your party via checkpoints and when reached a certain part of a map allow the user to teleport anywhere (including time periods). I will say, if you want to get through this game you will have to go back and grind, but I found the combat system to be fun, that I actually enjoyed grinding in this game. But if it isn’t for you, there are also side missions in the game, the ability to built better weapons with currency (which oddly means you need to grind or do side quests) and the ability to unlock new rooms in the Noden building. There is also a dating system that I mostly ignored in my playthrough, but if you are into getting a waifu, its possible. Good luck! 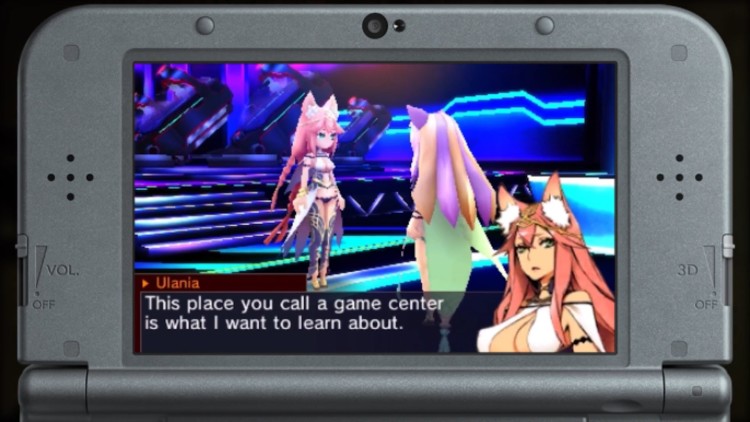 7th Dragon III Code: VFD is a mix bag when it comes to graphics. Sometimes it is nice enough looking in some areas, then you move on to something else and it looks bad. Its inconsistent but definitely not one of the worse looking Nintendo 3DS games out there. While the game has just above average Nintendo 3DS graphics, at best, it doesn’t support 3D at all. I found this a bit surprising because some of the art effects and stage decorations looked like it would take advantage of 3D. For example red pedals during present day fights and some turn base powers used by dragons. It makes me wonder if this feature was planned but never completed during its development cycle. While the graphics themselves won’t push the Nintendo 3DS to its limits, the art style does have its positive moments. I really like the colors they used during big dragon fights and some of the dragon designs stuck out. This also goes for the character designs in the game, while they are anime in style it seems to have a broad range from cowboy scientist to street punks inspired by designs from Jet Set Radio.

As for the music, this is probably my most hyped aspect about this title due to 7th Dragon III Code: VFD‘s composer Yuzo Koshiro. I have to say I’m not disappointed but it isn’t his best soundtrack or even on his top five, but its still a fantastic soundtrack. I guess when you have the history of music that Yuzo Koshiro has the bar gets set way too high. He wrote some awesome battle tracks, a poppy anime opening track and even some dance friendly music that will get stuck in your head. I think my biggest pet peeve is that they reuse a lot of the tracks, but that is to be expected in a JRPG. I mean, the soundtrack did consist of over forty tracks. I guess you can never get enough Yuzo Koshiro music. 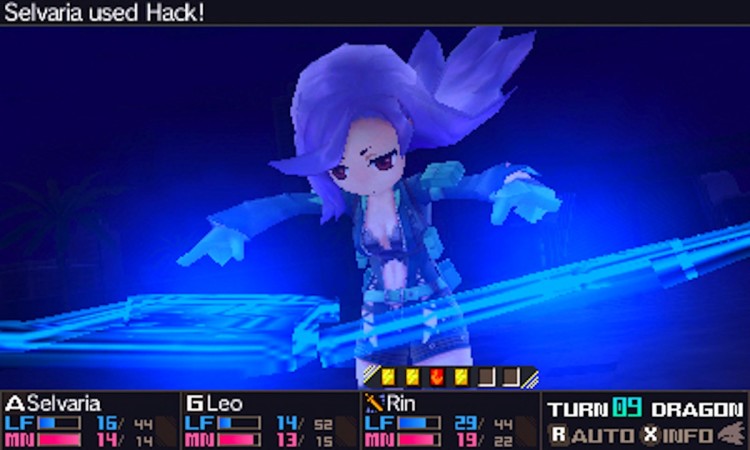 If you are looking for a dungeon crawling JRPG, with a intuitive combat system and some unique classes that mix up gameplay; then look into getting 7th Dragon III Code: VFD. If you want a deep storyline that has huge twists and overly deep characterization, this isn’t for you. But what it does, it does well.

The game also has a good soundtrack by Yuzo Koshiro, plenty of gameplay and did I mention that its hard? Yes, this game will make you think on how you approach battles and that’s a good thing. I’m not the type to play Japanese RPGs long due to most having easy battles when you just spam ‘attack’ but I kept coming back and thinking about how I will level up my characters. Something I usually never do when it comes to JRPGs. I totally recommend checking this JRPG out, especially since its one of the few JRPGs being made by SEGA at the moment and we finally got it in the United States. Show some love and support it!