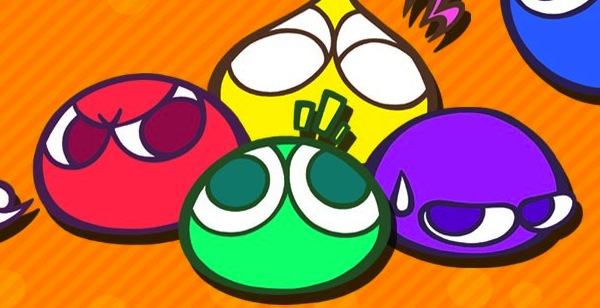 The latest issue of Japan’s Famitsu magazine has revealed a new installment in the Puyo Puyo franchise, due out later this year. Titled Puyo Puyo Chronicle, the game is described as a puzzle RPG timed to celebrate the franchise’s 25th anniversary. The story involves the franchise’s heroes Arle and Carbuncle entering an alternate world, in which they must work with a girl name Arie to return to their own world. Graphics will be in 3D and players will be able to explore freely – so apparently no sprites or pre-set paths. Outside of the RPG mode, the game will also feature traditional Puyo Puyo play, featuring seventeen different rules found in past games.

The game will also feature a mode called “Boss Fight With Everyone” in which players team up with a party of four via local connectivity to battle a boss. The game also promises over sixty sub-quests. In terms of packaging, a special Anniversary Box has been announced, which will contain a soundtrack, a vocal track, a drama CD and a 25th anniversary theme for your 3DS. The game is set to release in Japan on December 8th of this year. Sadly, no word of an American release, and given SEGA’s Western track record with the franchise it is unlikely. Then again, 7th Dragon III: Code: VFD happened, so never say never.