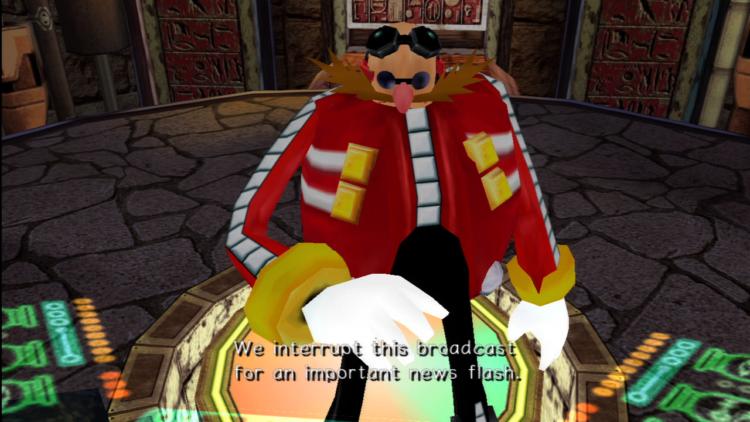 It’s October 2012 and all three games have been released, and while I’m having a blast with one of the titles (which I’ll get to later) that came out the month before, I promptly downloaded Nights Into Dreams, along with Sonic Adventure 2. Only having played (and 100 percent beaten) the sequel: NiGHTS: Journey of Dreams, my expectations were very high. I loved the controls and having a progressive story is a cute touch about a jester inside of a kid’s dream. But two things stood out to me from that Wii game: how absolutely beautiful it looked and the unique style of gameplay. Having a passion in the arts as well as wanting to be a pilot when I was younger, I felt like that game was made for me and I knew the original on the Saturn was going to wow me again. And I definitely wasn’t disappointed. 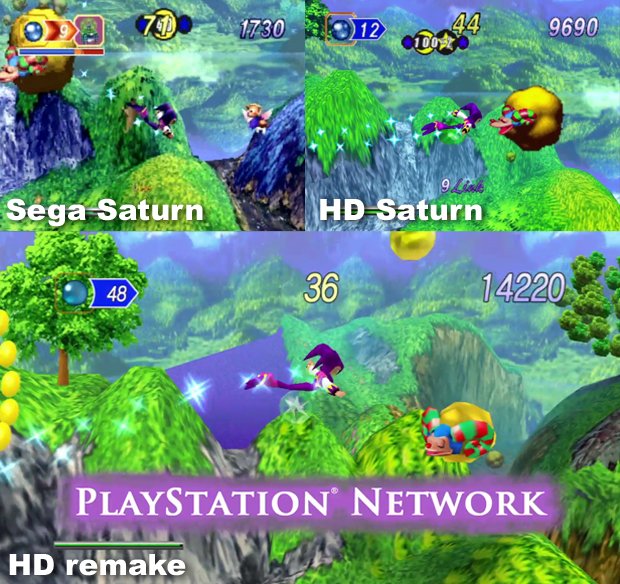 I cannot stress enough how beautiful the NiGHTS games are, let alone most SEGA games in general. And with the HD bump that the original got, it floored me how stunning it looked. Vibrant colors make the worlds come alive while keeping focus on the purple jester. Music is elegant and sounds are clear and in-tune with the NiGHTS universe (one of my favorite sound effects in any game is when the ranking wheel spins). And even though the story was only known through the manual and a few cutscenes, I still knew of the impending doom that Wiseman can close your heart in darkness forever.

And trust me, the game is made with an analog stick in mind. I feel bad for the ones who loved everything about the game, only to fault the Saturn’s D-Pad. Even though they came out with a controller to solve that dilemma, it looks clunky and is awkward to hold when I got to play an original copy in 2015. Controls for the HD port are practically perfect and the use of the 360’s control stick is a godsend. Not only that, it had enough content to keep you entertained for a few days or a few years. And that is the beauty of NiGHTS into Dreams; the game is so easy to pick up and play, yet difficult to master and get A ranks in all seven stages. You must be precise to get those A ranks (as I am still missing a few), but flying around a dream-like world with a rainbow color pallet never made me tired of looking, let alone playing it.

The HD version also comes packed with Christmas NiGHTS, a feature only offered in Japan as a bundle, but was even rarer in other regions, only available with other Saturn games or in the game company’s magazine. And if you thought the original stages were jaw-dropping, Christmas NiGHTS is like your head exploding with a rainbow of fireworks. You can tell so much love and care went into making both versions of the game. And the best part is that you can play it anytime you wish (provided you unlocked it). Of course I waited until Christmas to play it for the first time (I think you get an achievement with it) and it is the perfect game for the most wonderful time of the year. So I won’t say it again, buy the HD version of NiGHTS Into Dreams when you can. The game may not be for you, but it is definitely worth a play at least. 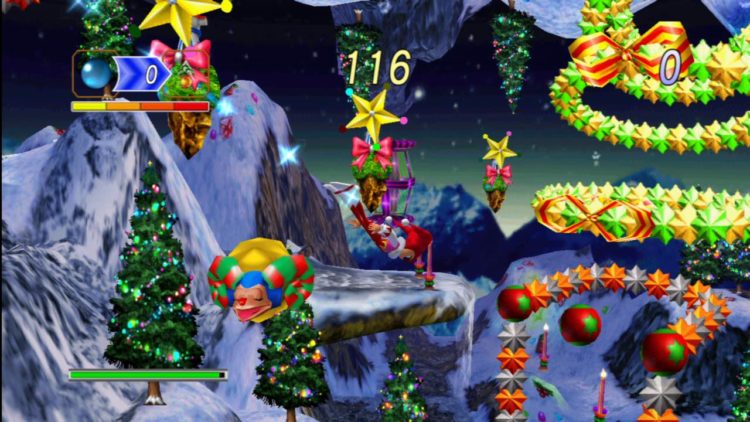 However, where the HD port of NiGHTS made my eyes vomit rainbows and Christmas sunshine, Jet Set Radio HD had me convulsing with glee. When I first played this game a huge smile was plastered across my face the entire time. I am a sucker for the unique and eclectic, mostly in video games. No More Heroes by Suda51 and Grasshopper Manufactures is one of my favorite games, but why compare it to a title about ten years older? Simple fact: cel-shading. People either love it or hate it, but you have to admit that the art style is one that is timeless. Jet Set Radio took this style and ran with it and Sonic. And the HD version capitalizes on how stunning the Dreamcast game looked and increased it tenfold. Colors pop, locations are individually unique, and it looks smooth for such blocky and jagged graphics (thank you Dreamcast for that, especially with Virtua Fighter). The original game still looks awesome compared to today’s standards and the HD port is a wonderful upgrade that didn’t necessarily need one. Still, I’m not complaining.

However, the uniqueness doesn’t stop there. It is a game about spray painting the town red (and green, and orange, and…) while pulling off tricks to avoid the police’s oddly extreme tactics to take you down. Silly? Of course, but it is the charm of Jet Set Radio. A story about rival gangs trying to claim the city for their own to uncover a deeper plot seems cliché for a game, but for Jet Set Radio, it works. Besides that’s not what the game is about; it is about how awesome it is to be a radical dude and rollerskate around Tokyo-to, tagging whatever is yours. I had a roller rink in my neighborhood when I was younger and the freedom of speed with the wind on your body is a sensation unlike most hobbies. I felt like I was in the city, zipping around away from SWAT teams, no matter who I chose (Mew and Yo-yo for the win, though). 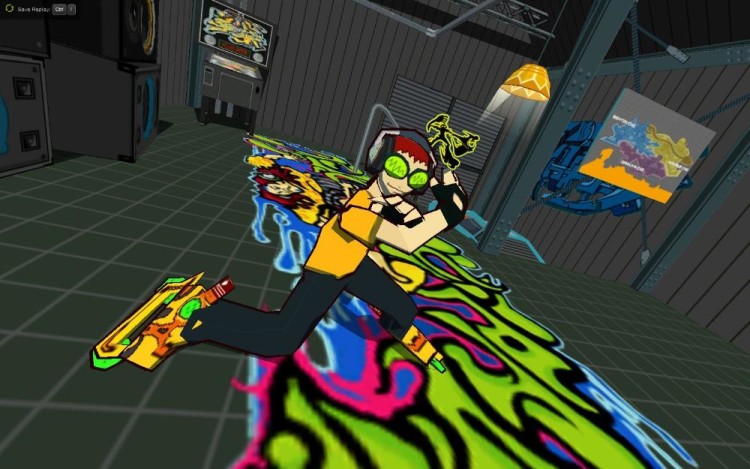 But nothing can compare to how good the music is in the game. Probably one of the best soundtracks in any video game to date, the HD version screams the loud tracks and bounces at the beat tracks. Absolutely every song is awesome and really gets you in the rebellious mood (although just don’t put the Super Brothers song on loop). And the game puts extreme focus on it, almost like they loved the music more than the game. But when the music is that good, I cannot blame them. Coupled with the loud-mouthed but funky fresh DJ Professor K, add online leaderboards and a better camera, Jet Set Radio HD is one of the most riveting and awesome experiences I’ve had with any video game.

Both of these games reflect how art can actually exist in a video game. Having different styles of gameplay, art style, and pretty much everything else, NiGHTS Into Dreams and Jet Set Radio are two opposite sides of the same coin. And both know what they want to be: a colorful beauty to look at and a simply fun experience to be had. You are doing a huge disservice if you hadn’t played these games. And for $10 each in beautiful HD, how can you not try them out?

Note: Jet Set Radio and NiGHTS Into Dreams are, at the time of this article’s posting, a cool 75% off on Steam! Now you have no excuses.

SEGA Memories: Looking back on Fleetway’s Sonic the Comic

4 responses to “SEGA Memories: The Day the HD Stood Strong”