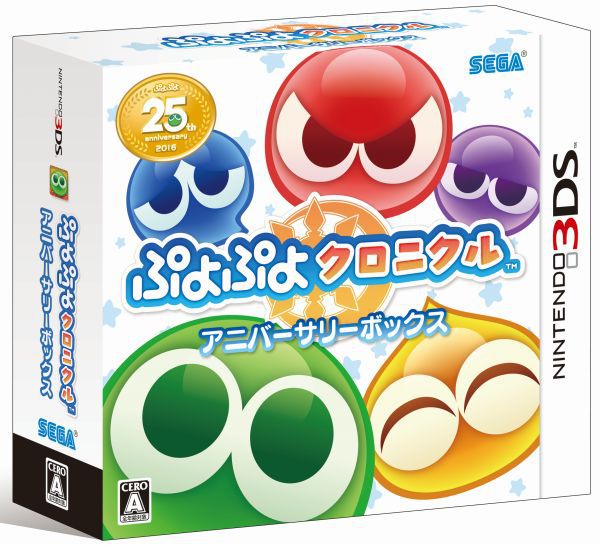 On three separate discs contains 42 songs total mixing varies songs through out the series. This song list includes songs from past games including Puyo Puyo Fever, Puyo Puyo Fever 2, Puyo Puyo! 15th Anniversary, Puyo Puyo 7, and Puyo Puyo!! 20th Anniversary, which in itself has a mixture of original tracks and remixes. It also includes new songs from Puyo Puyo Chronicles, several songs from the Game Symphony Japan event, and 7 tracks from the Vocal Soundtrack series. A list of every song is listed below. The list of songs also notably mentions different characters not revealed for the game as of this writing, including Rulue, Schezo, Raffine, and Witch. 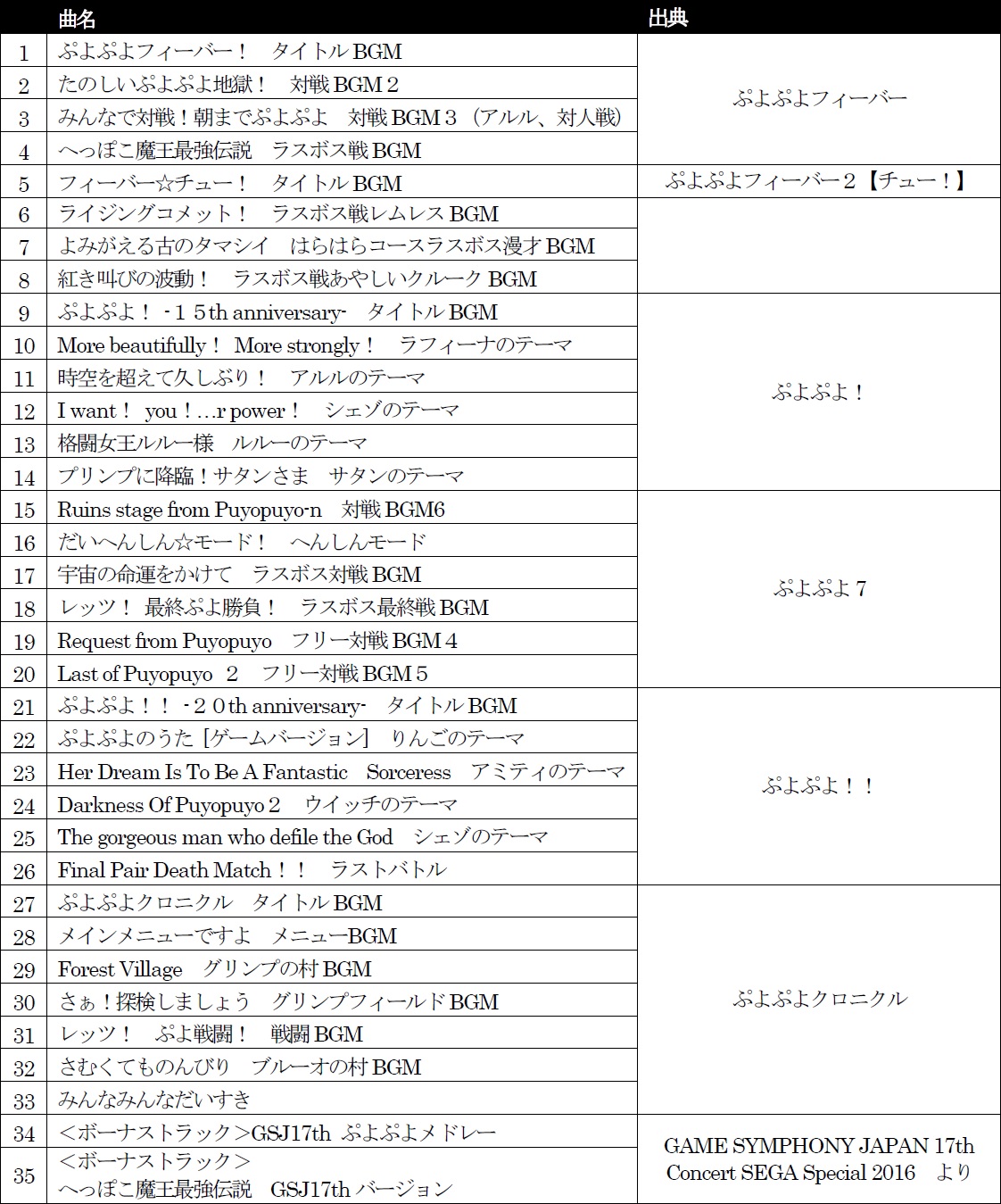 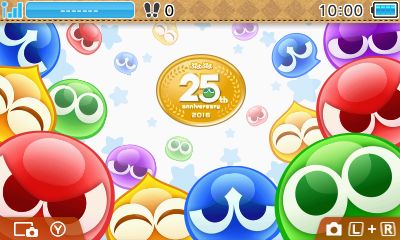 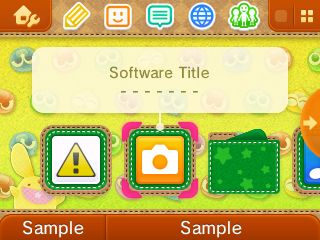 In addition, a special Nintendo 3DS theme will be included with the Puyo Puyo Chronicles Anniversary Box, depicting the colorful Puyo and the official 25th Anniversary logo, with the folders having stitching as if it’s made from a felt. In addition, a separate CD containing 4 drama stories and a bonus voice recording will also be available. All together this package comes to ¥9,490 ($93.96), nearly double of the ¥5,490 ($54.35) pricing for the standard case.

Puyo Puyo Chronicles is slated for a December 8th, 2016 release date in Japan exclusively for the 3DS. No western release date has been announced.