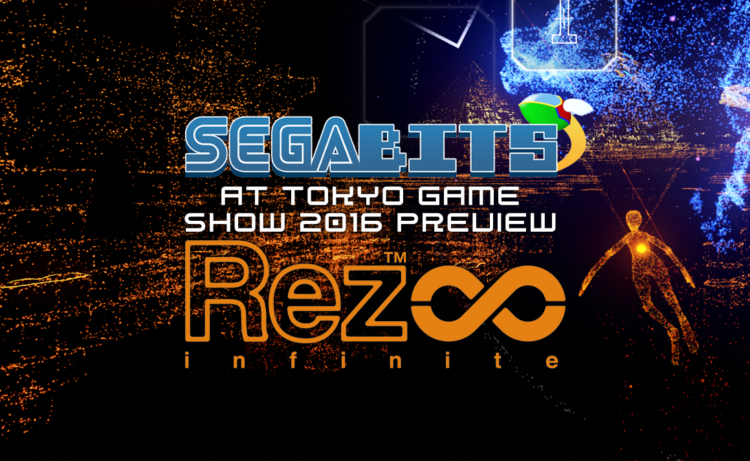 This was also the demo available for the public to test at the show floor and which I had the chance to try. It should be noted that it was also my first experience with VR. Being a long time fan, I immediately felt right at home, instantly absorbed by the world of Rez, whose 15 year old visuals do not show any sign of age. Aiming is done with head tracking and shooting with the buttons. The analogue sticks are completely discarded in the VR mode of the game, and only used if the game is played in its regular mode.

Needless to say, the demo ended pretty quickly. With it, the feeling of excitement. Once the VR novelty wears off this is very much the same Rez we know and love from the Dreamcast days, although running at 1080p60 with 7.1 surround sound. Which brings us to Area X, a completely new addition to the game. I can only be sorry for there just being one Area X, as this is the closest we will ever be to a sequel. Music and art style are as impressive as they can be and don’t feel tacked on. Just by looking at it, I can safely say it is the epilogue this game always deserved.

I cannot wait to try the final release next month and I encourage anyone, fans of the game or not, VR fans or not, to try it. Rez is still mandatory in any gamer’s library. VR, however, remains to be seen. Rez Infinite will be out on PlayStation 4 on 13th October as a digital release. It is also available as a limited physical release from iam8bit.com.