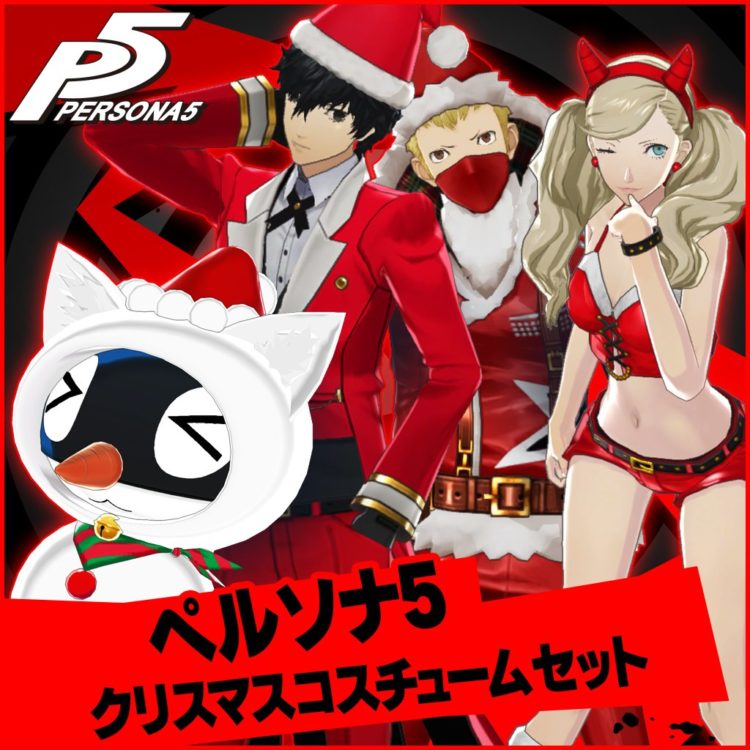 Persona 5 might have missed Christmas for English speaking consumers, but the game has been out in Japan since September. Its no surprise that Persona 5 would be getting a free “Christmas Costume Set” on December 21st. Atlus Japan also announced that this is a start of a ‘five-day campaign’ where all Persona 5 DLC will be 55% off.

The campaign will run from December 21st to the 25th. That means:

Who knows if Atlus USA will wait until Christmas 2017 to give us these free costume packs. Persona 5 hits North American and European shops on April 4th.