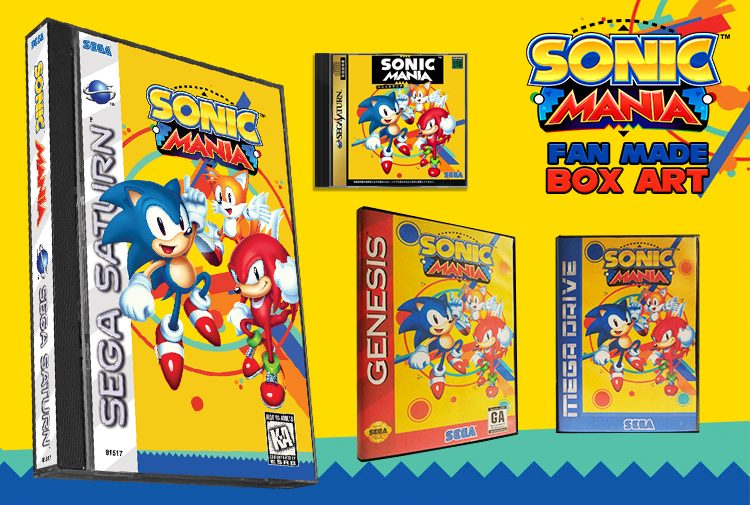 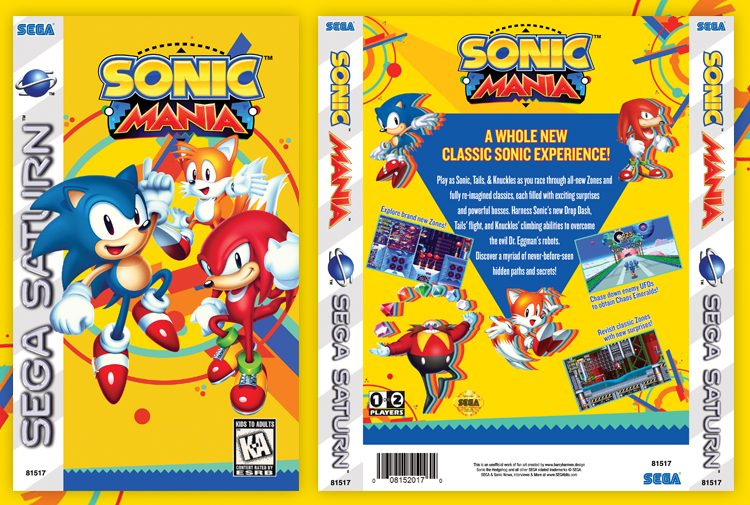 Made by yours truly, it’s the Sonic Mania US Saturn box art. Inspired by Sonic Jam, Sonic R and Sonic 3D Blast, this long box design comes complete with cover art which folds to create a faux manual featuring some additional official Sonic Mania art on the back. The rear art features SEGA’s own game description and additional official art of the characters. This design pairs well with Sonic Jam and Sonic CD on your shelf. The downloadable files are 300 dpi CMYK and feature two styles with two variations: a gray and white stripe style and an all white style (none of the US Saturn releases of Sonic games had the gray and white stripes despite the design being used with several Saturn games). These two styles then have Dr. Eggman and Dr. Robotnik spelling variants on the rear description. I also made Sonic 4 Episodes 1&2 Genesis cover art a while back, for those interested. 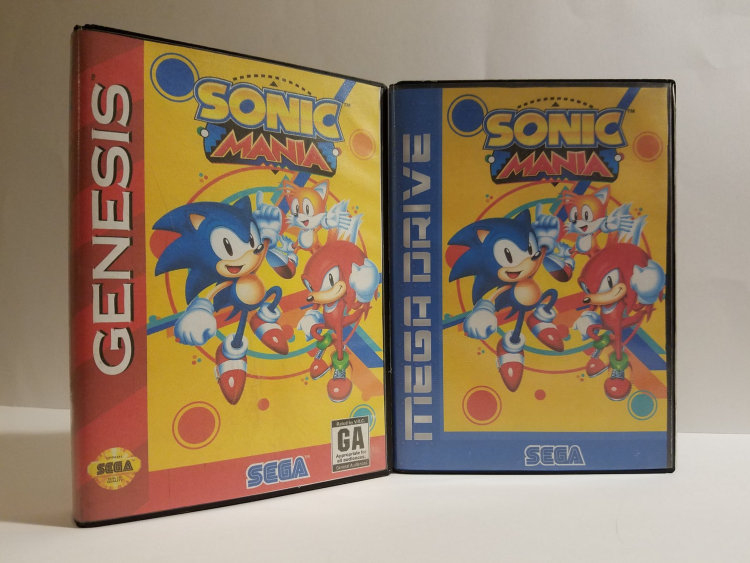 From Sonic & SEGA community member Linkabel comes Sonic Mania SEGA Genesis and Mega Drive box art. For those who want the classic Sonic games to share a shelf with Sonic Mania, this is the design for you. Linkabel notes that for those with the Sonic Mania Introduction Manual, this design pairs well. It is unknown at this time if the faux cartridge included in the Sonic Mania Collector’s Edition will fit inside a Genesis/Mega Drive case.

From Tracker is Sonic Mania Japanese Saturn box art. The cover and rear design is completed, and Tracker is working on a full manual to go with the cover design. You can track Tracker’s manual progress on Twitter. In the meantime you can download the cover art, rear cover art and spine card below!

Have a design of your own? Need printing assistance? Spot a spelling error? Sound off in the comments below!