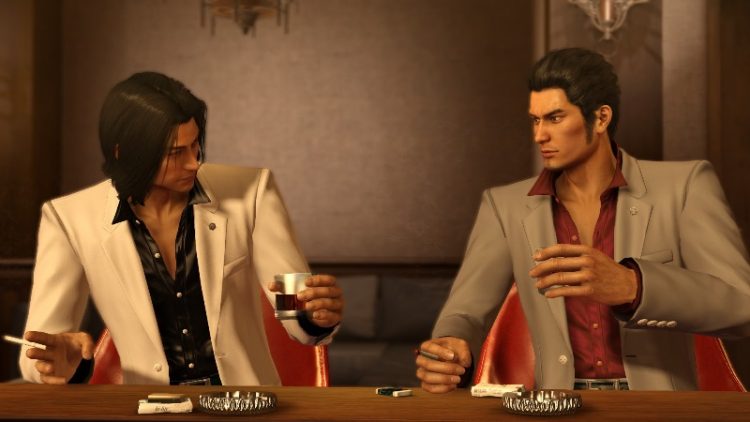 Its hard to believe that its been over ten years since Yakuza hit the PlayStation 2 in North America, I recall being obsessed with the title when it was announced not only due to the people behind the project but also due to this being a extension of SEGA’s history with 3D beat’em up games. While I loved Yakuza, the game did have major flaws in terms of combat, loading and even camera control but it was an ambitious game which is something I like about SEGA titles. The team would fix a lot of these issues through a dozen or so games created throughout the decade and it seems that they added all those fixes to the release of Yakuza Kiwami.

Before we get into that lets talk about the game’s story. The start of the game takes place in the mid-nineties, where everything is going pretty good for our hero Kazuma Kiryu. He is in talks about having his own family within the Tojo Clan and has started a relationship with his childhood friend Yumi. What could possibly go wrong? One night Kazuma’s boss decides that he wants to take Yumi by force after she rejects his advances, he is followed by Kazuma’s friend Nishiki. When Kazuma shows up to the scene, his boss is dead and Nishiki is standing there holding the murder weapon. Kazuma takes the murder charge for his friend and spends a decade in prison.Once he is released he finds out that Yumi has gone missing, He’s friend that he took a murder charge for has betrayed the Tojo Clan and that 10 billion yen has gone missing from theTojo Clan vault. As always, its up to you to solve the mysteries throughout the game. One addition that they added to the narrative, that wasn’t in the original is going into detail about what Nishiki went through while Kazuma was in prison. No spoilers here. Yakuza Kiwami basically takes the narrative from the first game and plops it into the Yakuza 0 engine. While the Yakuza franchise is notorious for re-using assets, this game takes it to another level. At the same time, it is a budget title and all the changes in Yakuza 0 are for the best since the first game has aged badly. The new textures are fantastic, the loading is speedy, the open world is more alive than ever before, and all the extras are welcoming. The combat in the game is ripped right from Yakuza 0, with four fighting styles: Brawler, Beast, Rush, and Dragon. While the first 3 can be upgraded using regular EXP, Dragon fighting style can only be upgraded by progressing through ‘Majima Everywhere’.

Majima Everwhere seems to be the big new feature in Ykuza Kiwami, basically Majima patrols random places throughout the map, giving you conditions to met before you encounter him. In odd Majima fashion, you actually have to do the opposite of what he says if you want to fight him. You beat him, you gain Dragon fighting skills. Each time you meet him the harder he gets. The game also features old side missions along with brand new scenarios built for the remake, including side missions that tie-in with Yakuza 0, which I liked. The side missions in the first Yakuza where pretty basic, so you can tell when its a newly written side mission or an old one. One of the best new features in Yakuza Kiwami that hasn’t been in any prior game is the ability to save anywhere. While the game does have phone booths like before, they are mostly only needed to move items since we can finally save anywhere. 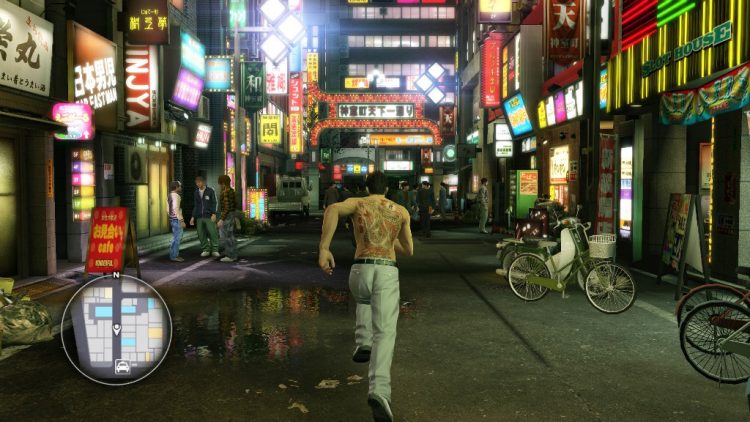 As you could have probably guessed, in terms of mini games the first Yakuza had the least variety. They had your basics like UFO Catcher, batting cages, pachislot and more. Yakuza Kiwami adds a mix of previously used mini-games, mostly from Yakuza 0. For example Pocket Racer is back while Underground Women’s Wrestling got remixed in a very weird way. Underground Women’s Wrestling’s assets have been reused and implemented as a kids arcade card game named Mesuking: Battle Bug Beauties where you use a rock, paper, scissors gameplay to watch bikini clad women fight it out for an audience of beetles. Only Yakuza games. While all these extras are welcomed, its still a lot of been there, done that. 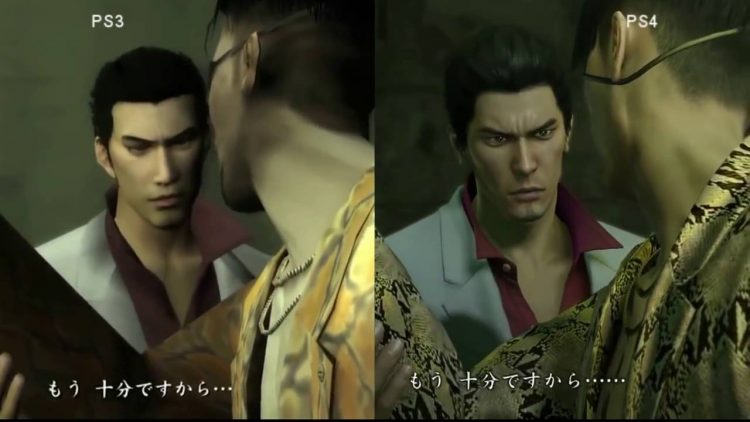 This is also the first time we get to play the first Yakuza, in the United States at least, in its native Japanese language. While the Playstation 2 might have had an all-star voicing cast with Mark Hamill, Eliza Dushku and Michael Madsen, it seemed that they mostly phoned in their performances. Its nice to finally be able to play Yakuza the way it was mean’t to be played. In Japanese. Yakuza Kiwami strangely enough also re-uses motion capture for the PlayStation 2 game, which is a bit weird at first but surprisingly holds up better than I thought it would. If you watch our video review we do a side by side comparison of the PlayStation 2 English scene versus the Japanese Yakuza Kiwami scene, to see what a major upgrade Yakuza Kiwami really is. One of my pet peeves with Yakuza Kiwami is how they changed the soundtrack for this release and frankly I enjoyed the PlayStation 2 soundtrack more. Its not that Yakuza Kiwami’s soundtrack is bad, its just not as good as the old one. Why they did this is beyond me.

In the end of the day, Yakuza Kiwami is the best way to experience the first game of Yakuza. It improves on every single aspect outside of the changed soundtrack. Not only are the graphics, camera, fighting, and loading way better; the game also has a ton of added side missions and scenarios not in the original. While I might complain about the soundtrack not being as good as the original, it doesn’t really take away from the overall package. For people coming straight from Yakuza 0, they will see a lot of recycled content, but if they only left you with what was in the original we would have a way lighter package.

Yakuza Kiwami isn’t just the best way to experience the first game, its also the cheapest option considering how outrages Yakuza prices have ballooned after the success of Yakuza 0. I remember when I first beat Yakuza, all I could think was I couldn’t wait to play Yakuza 2. Now that I beat Yakuza Kiwami, all I can think is I hope SEGA makes Yakuza Kiwami 2.

“The best and cheapest way to experience the first Yakuza!”
Ad: