[UPDATE] The official Sonic the Hedgehog channel has released a new video of the tag gameplay, seen above. After the break, check out the Japanese stream video.
[UPDATE 2] New screens after the break!

With Sonic Mania released to the masses (well, aside from the PC version) Sonic Forces details have begun to release via Famitsu and Gamescon, and while I expect something from SEGA of America soon, I didn’t want to pass up newsing the new mode revealed for the game. In addition to Classic Sonic, Modern Sonic and the Custom Hero the game will include a Tag mode where players control both Modern Sonic and the Custom Hero, giving players the opportunity to see their creation running alongside Sonic.

At the moment, only a Modern Sonic team-up is confirmed, no word on Classic teaming with the Custom Hero. The Tag mode allows players to use both Sonic and Custom Hero’s abilities, meaning you can speed and boost like Sonic, and use the Wispons. Also, as seen in the video after the break, the duo will have the opportunity to fist bump into a special boost mode in which the vocal theme Fist Bump plays. If you’d like a peek at the controls, take a look at this Twitter post. Nothing too revealing, but it’s worth checking out.

Other details revealed include confirmation that Sonic Forces will be at Tokyo Game Show with special guests and new content and, as confirmed by SEGA, Sonic Forces is set to release November 9th, 2017 in Japan. 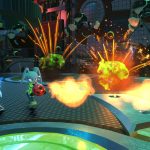 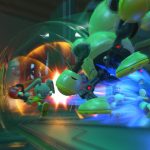 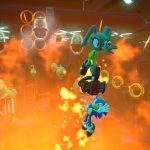 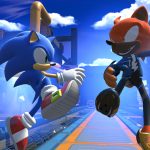