If you guys forgot, we did a SEGA News Bits video on the Sonic Forces day one patch that had a Sanic shirt and Super Sonic. The Sanic shirt was released on November 27th for free. Well, now SEGA has made the Super Sonic transformation DLC live, at least in Europe. The page says it comes out on the 22nd, so expect it on the US PlayStation Store tomorrow.

“Speed through the levels faster than Sonic… as Super Sonic! Get the SUPER SONIC DLC for SONIC FORCES now to transform into Super Sonic across 20+ Modern and Classic Sonic. Collect the right amount of rings and Super Sonic will spring into action, giving you the ability to sprint across stages at break-neck speeds.”

According to the product description, you can’t participate in rankings with the Super Sonic DLC. If this was the end of this news story, I would say that SEGA did a great job, but sadly it isn’t. According to the Nintendo eShop page for the DLC, Super Sonic will be $2 paid DLC after January 23rd. I usually don’t mind companies adding new things to games and charging, if its worth it. But here are my issues with this…

IF OPINIONS HURT YOU, STOP READING.

The first issue steams from the fact that Sonic Forces is the shortest 3D Sonic game in at least a decade, if not ever. The game can be completed in less than three hours, most of the stages are rather short and not really creatively designed. Its weird that SEGA is ready to do timed ‘free’ DLC right now, when it hasn’t announced plans for more patches to fix issues the game has. For example the weird lack of the drifting mechanic that was in other modern Sonic games, even though some of the later levels in Sonic Forces seem to be designed to be played with that missing mechanic. Most people will say that doing post patch fixes cost a company money but it seems that other companies have no issue doing it to their big franchises. For example Final Fantasy XV adding extra story or Nintendo’s extended support for both Splatoon 2 and Arms.

The reason a lot of these companies like Atlus and even SEGA (with other titles) do timed free DLC, is to get people to buy you’re product right when it comes out. This means more copies are sold at a higher price point and stores are more willing to stock on your software since there is demand. The issue is, when a game like 7th Dragon III Code: VFD did free timed DLC, the base game was already jammed pack with content. Not only that, the DLC they did add wasn’t a staple to the franchise…. Which leads me to my last point. 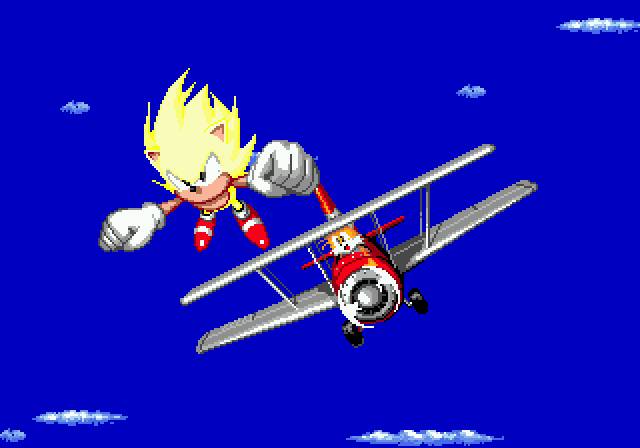 Super Sonic transformation was introduced way back in Sonic the Hedgehog 2 and has been in most main entry Sonic titles since then. It has been used as a secret that players would unlock, for free, by playing and collecting items within the game. It was a reward, not a product. It seems that SEGA is pretty desperate to move more Sonic Forces units out of store shelves and willing to make a quick buck from the fan base. I don’t mind paying for extra content in-game, but not something like Super Sonic, that has been free in Sonic the Hedgehog games since the early 90s. Hey, some will say they gave us Episode Shadow, so we should suck it up. That’s valid, if it doesn’t bother you then go right ahead and ignore my ramblings. I just feel that Sonic Forces was a step back for the 3D Sonic the Hedgehog games and pulling sleazy moves like this continues that backwards trend. But hey, Sonic Mania has playable Sonic, Tails, Knuckles, Super Sonic and more…

But what do I know, I’m just some dude on the internet. Tell us what you think on SEGA making something like ‘Super Sonic’ timed free DLC and if its a big deal to you as fan!