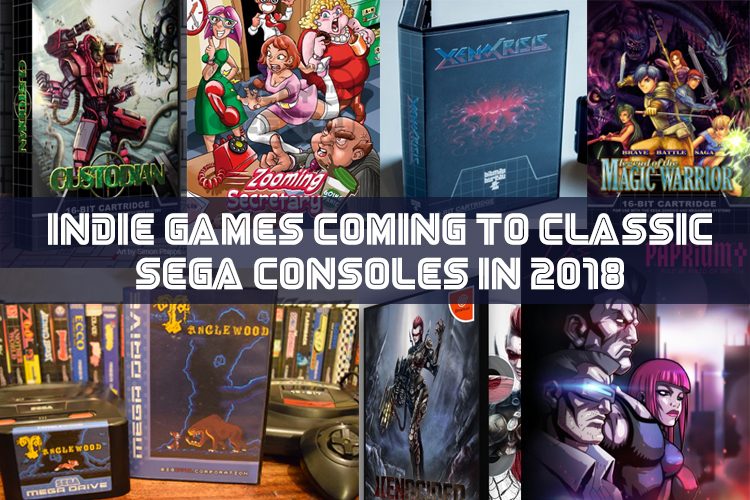 New year, new indie games! As we return from the holiday season, we look ahead to what indie developers have in store for our classic SEGA hardware in 2018. Thanks to SEGAbits Forums member Berto, we have a helpful topic which compiles all the upcoming SEGA indie games for 2018. Keep Berto’s topic bookmarked, as he will be updating it throughout the year as new games are announced.

Clicking on the games names after the break will bring you to the respective crowdfunding campaigns, pre-orders and ROM/ISO download links should they be available. So what indie SEGA games are coming in 2018?

Compared to last year, the Dreamcast has fared the worst when it comes to delays and potential cancellations. Xenocider, Tanglewood and Henshin Engine saw delays but all should be releasing this year. However, Elysian Shadows and Saber Rider and The Star Sheriffs slipped further into development hell with delays of three and two years respectively. Looking at their Kickstarter comment sections, updates are rare and backers are angry. Full disclosure, I backed Elysian Shadows and am very close to writing a mean editorial. Alice Dreams Tournament wins a gold star for seeing minimal delays, releasing in the promised year of 2017, and being a fun indie title.

Also, even though it is not hitting SEGA hardware, the Space Harrier inspired tentatively titled Strike Harbinger is due out to modern consoles, PC and arcade in the near future and more news will hit in 2018 from the development team. Any we missed? Sound off in the comments below or in the dedicated forum topic!