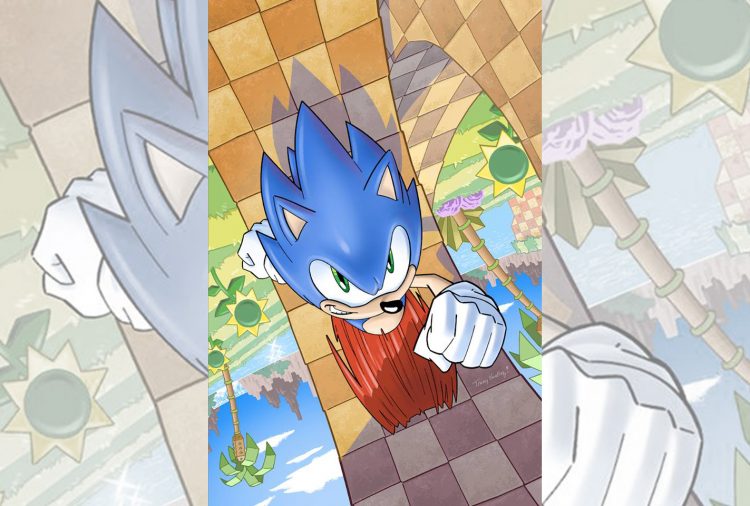 IDW’s Sonic The Hedgehog comic book series is fast approaching, with the first four issues releasing weekly in April 2018. While we don’t know much about what we can expect from the new series, we do know a few things. The numbering will not resume from where Archie left off, IDW is starting back from square one. Also, we should expect a new canon, likely more game based. We even have an official description of the first arc thanks to the Amazon description for the first trade paperback which is due out September 18 and is titled “Fallout!”:

Join the Blue Blur for brand-new adventures as he and his friends race around the world to defeat the evil Dr. Eggman’s robotic forces!

The evil genius Dr. Eggman has been foiled–but the work of Sonic the Hedgehog isn’t over yet! In the aftermath of the latest epic battle, rogue robots continue to attack small villages around the world. In order to succeed, Sonic will need the help of his friends Tails, Knuckles, and Amy, along with some new and surprising allies. This new collection from acclaimed writer Ian Flynn features the blue blur like you’ve never seen him before. Gotta go fast!

Oh, and we also have the cover art, which can be seen above. Shared on the IDW Sonic Comic Squad Facebook group, the post reveals one of the official covers for issue #1 created by artist Tracy Yardley, meaning the longtime Archie Sonic comic artist is back alongside writer Ian Flynn. We’ll share more IDW Sonic news as we hear it!