The company Shinobi 7 LLC has announced that they have a ‘Pre-painted miniatures board game’ in the works featuring our favorite blue hedgehog, being called Sonic the Hedgehog: Battle Racers. The game will be strategic and mean’t to be played with 2-5 players; allowing users to take on the role of Sonic or one of he’s friends. Shinobi 7 is set to launch the Kickstarter in early February that will include exclusives and limited edition items.

If you want to learn more about the board game, we posted the press release and a couple of images of the minatures after the jump:

January 26, 2018 – Shinobi 7 LLC is thrilled to announce Sonic the Hedgehog: Battle Racers, an all-new board game based on SEGA’s beloved video game franchise, Sonic the Hedgehog. The fun-filled, strategic game, meant for 2-5 players, will allow you to take on the role of Sonic or one of his many friends and rivals in an obstacle-laden race to the finish.

Shinobi 7 will launch a Kickstarter for Sonic the Hedgehog: Battle Racers in early February. The Kickstarter version will include exclusives and Limited-Edition items.

A retail version of Sonic the Hedgehog: Battle Racers will also be available in the back-half of 2018, distributed exclusively to all channels by Diamond/Alliance.

About Sonic the Hedgehog: Battle Racers:

Burst into action with Sonic the Hedgehog: Battle Racers! Select your racer, choose your route, and fight your way to the finish while avoiding opposing racers and a variety of dangerous obstacles. Control your speed, use your abilities, and activate your special powers to collect as many rings as you can in an amazing race. The course changes with every race, so no two games are alike!

The base game will feature five highly-detailed full color miniatures of the following characters: Sonic, Knuckles, Amy, Tails, and Dr. Eggman. Also included are a variety of colorful cards, tokens and race tracks. Every expansion set will contain one pre-painted character miniature and their racer profile, while larger expansions will also be available and will include additional track sections. All miniatures will be 40mm scale.

Shinobi 7, LLC is a tabletop game company dedicated to producing and publishing high quality games based on hit pop culture brands. Formed in 2016, Shinobi 7 is an independent subsidiary of Seven Seas Entertainment, LLC. Shinobi 7 products are distributed by Diamond/Alliance. 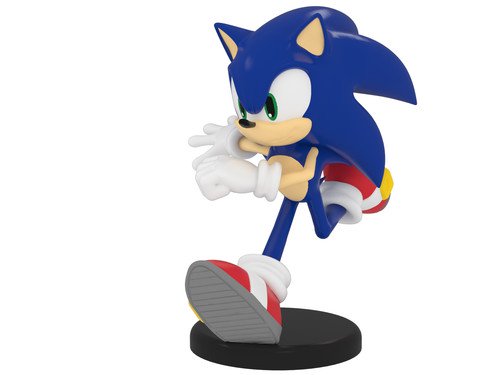 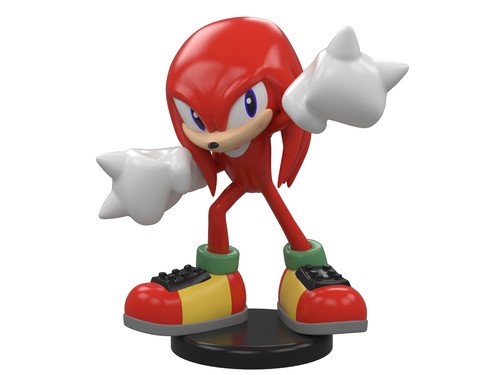