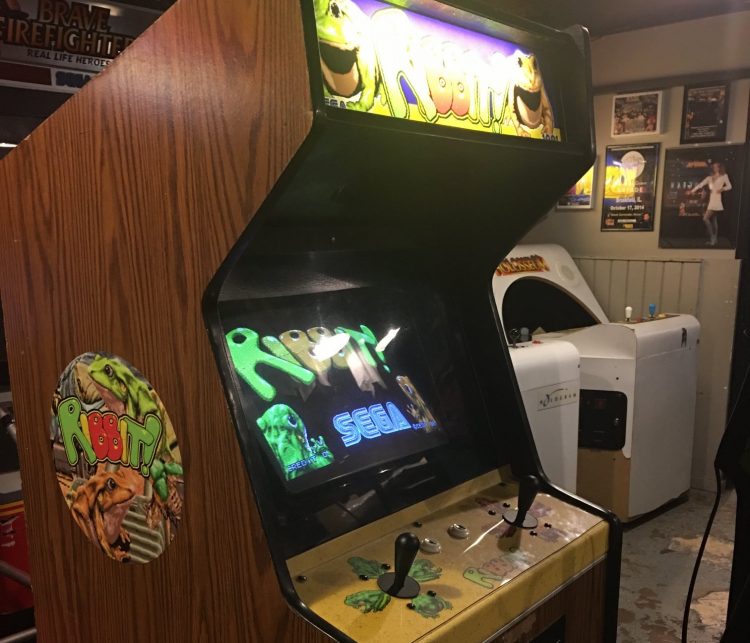 The largest arcade in the world, Galloping Ghost Arcade in Brookfield, IL, has appeared quite a bit on our news page thanks to their continued efforts to make as many games playable as possible in their ever expanding lineup of machines (at well over 600). Their latest addition is a unique title from SEGA’s arcade past: 1991’s Ribbit!. Developed and published by SEGA for the System C Hardware (an arcade board most notably used for Puyo Puyo, Columns and SegaSonic Popcorn Shop), the game plays similarly to Frogger where 1-2 players control frogs in four directions with the goal being to eat all the small bugs but ignore the larger ones.

Unfortunately, the game played too similarly to Frogger and it is said Konami threatened a lawsuit which lead to the game not seeing a full release. How Galloping Ghost got their hands on the board is a story they say will be told soon. In the meantime, fans of obscure arcade games can head on over to the arcade and play this hidden gem now! Worth noting, the team at Galloping Ghost placed Ribbit! into an original Frogger cabinet and had custom side art, marquee and control panel art made at Galloping Ghost Reproductions.

After the break, check out a gallery of images and I’ll be sure to write up an arcade game review of the game the next time I head over there! 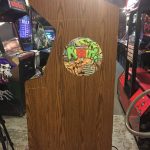 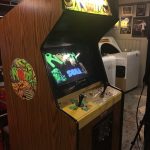 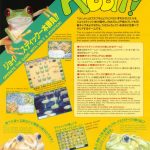 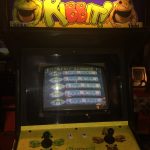 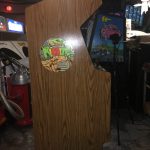 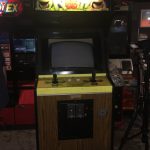