Space Channel 5 VR Arakata Dancing Show  isn’t a new game, it was actually shown at the Tokyo Game Show back in 2016. It is interesting is that SEGA has changed the name of the VR experince, before they called it ‘Ukiuki Viewing Show’, now its ‘Arakata Dancing Show’. The VR ‘experience’ was up for people to try out and then SEGA stopped talking about it. According to a recent tweet, gamers will be able to give the demo another go at Game Party Japan 2018, which happens to be the first official tournament held by JeSU (Japan e-Sports Union) on February 10th and 11th.

While Japanese site Panora got the official scoop that Space Channel 5 VR Arakata Dancing Show will get demos in VR stores this spring and get a download version later this year. For what I gather, the download version will be the ‘demo experience’ shown at events and not a full game. Bummer. The demo experience will still be shown off using HTC VIVE headsets and SEGA still hasn’t mentioned if they have plans on showing it off on PlayStation VR. I think this is SEGA testing the market, see if the general public still has interest in Space Channel 5 with a demo release. Hit the jump to see screenshots of the game. 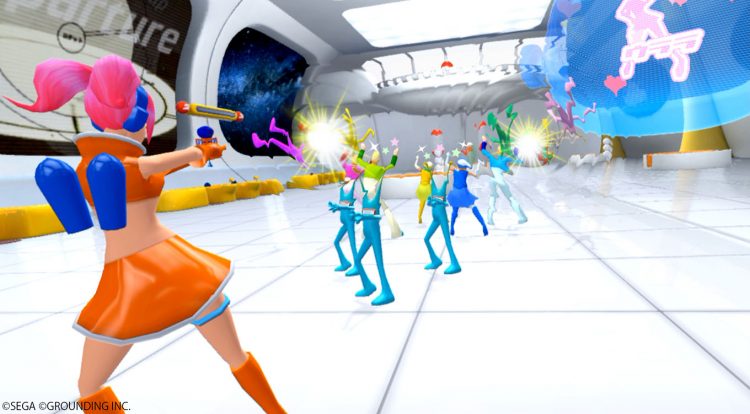 Another thing to note that this demo was created by Grounding Inc. which is headed by major former SEGA employees including Mineko Okamura (Space Channel 5, Rez), Yukio Futatsugi (Panzer Dragoon creator) and Noboru Hotta (Astro Boy, Lumines). I think its nice that SEGA has this Space Channel 5 VR demo ‘experience’ for events and later for home users, I hope it picks up interest by gamers. I will note that SEGA Japan set up Hatsune Miku: Project Diva F booths at E3 2012 to see if there would be demand to bring the title outside of Japan. It seemed to have worked out for them and I hope they see the same demand for a new Space Channel 5 game. 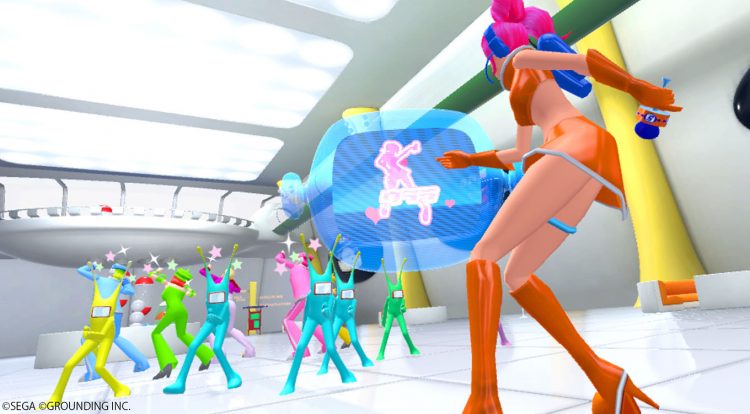