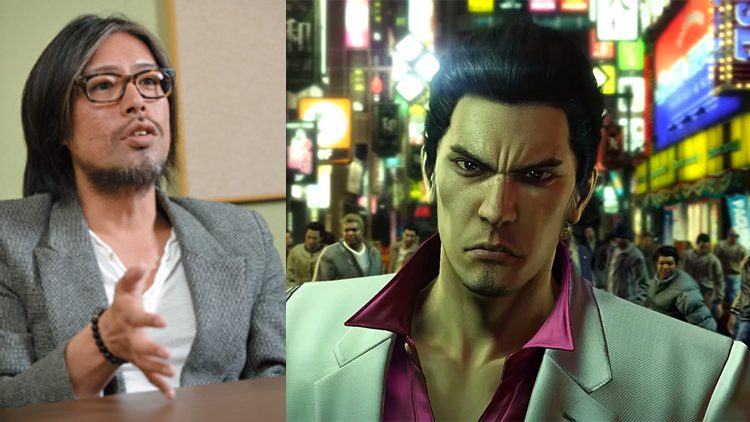 Thanks to a series of translated interviews with Yakuza series directors and producers, specifically one with Masayoshi Yokoyama, we learned that in Yokoyama’s personal opinion the series protagonist Kazuma Kiryu is probably a virgin. Yokoyama has long been involved in the Yakuza series, being in charge of script, sound direction and stage direction for all the numbered games as well as Kenzan and Ishin, and has been a producer since Yakuza 5.

The translated interview, which can be read in full here, touches on Yokoyama’s approach to the characters and the inspirations he takes in portraying them. When it comes to Kazuma, Yokoyama mentions that Kazuma is probably a virgin. While this is just his own opinion and is not official in any way, the notion went a long way in the development of the character. Yokoyama also cited that this what if scenario is a fun discussion one could have at a bar between friends who are fans of the Yakuza series. [WARNING: Yakuza 1 spoilers!]

I have one digression about character backgrounds. This is just my own interpretation and as such isn’t official or anything like that, and I hope people read it as a kind of lip service, but I think that Kiryu is probably a virgin. Probably. Kiryu held this pure love for Yumi Sawamura, but because of Nishikiyama he probably never made any strong advances on Yumi. Probably. Neither Kiryu nor Nishikiyama laid a hand on Yumi until they were 27. I do think that Nishikiyama probably played around along the way, though. Probably. Things happen and Kiryu ends up spending 10 years in prison for the murder of Sohei Dojima. Though he does enjoy himself with hostesses after being released, I’m sure he never actually lays a hand on them because he loves Yumi. And then Yumi passes away, and time just drags on. Mayumi says something about this in Ryu ga Gotoku 5 as well, right? “We’ve been together for six months, but haven’t done anything.” That means that Kiryu must still have no experience and keeps holding onto that pure love. Probably.

I’m sure that there are a lot of cases to be made for and against my opinion, but generally, when something is set in a fantasy world you can, with a level of realism, think about things that you usually never would. Leaving to one side the question of whether or not Kiryu is a virgin, I think that one of the charms of Ryu ga Gotoku is that you can talk like this about the kind of silly things you might discuss at a bar.

6 responses to “Yakuza series producer: “In my personal opinion, Kiryu is a virgin””