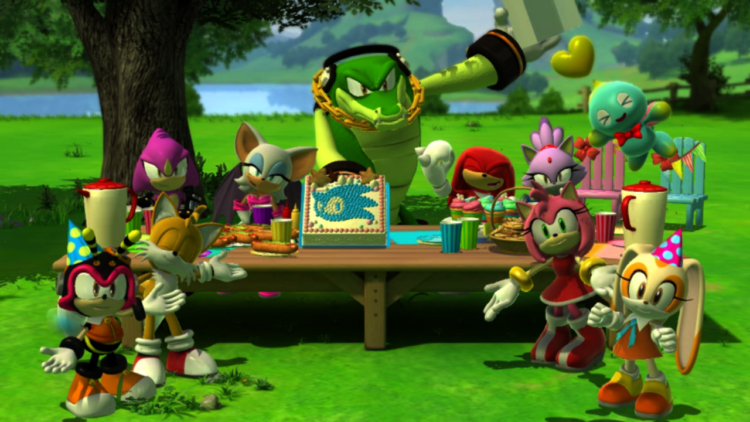 We just learned some tragic news. As many of our readers know, Sonic’s birthday Party was scheduled earlier today. The blue blur himself invited everybody – friend and foe – or so he thought. Unfortunately due to a mixup with the invites, Silver the Hedgehog received two invites and Sonic received one of his own (for his own party). Why is this? The intent was to invite Silver Sonic! Due to the mistake, Sonic’s old foe was missing in action. If this was bad enough, Knuckles arrived late because on his way to the party he tripped and shattered the Master Emerald, which he was carrying.